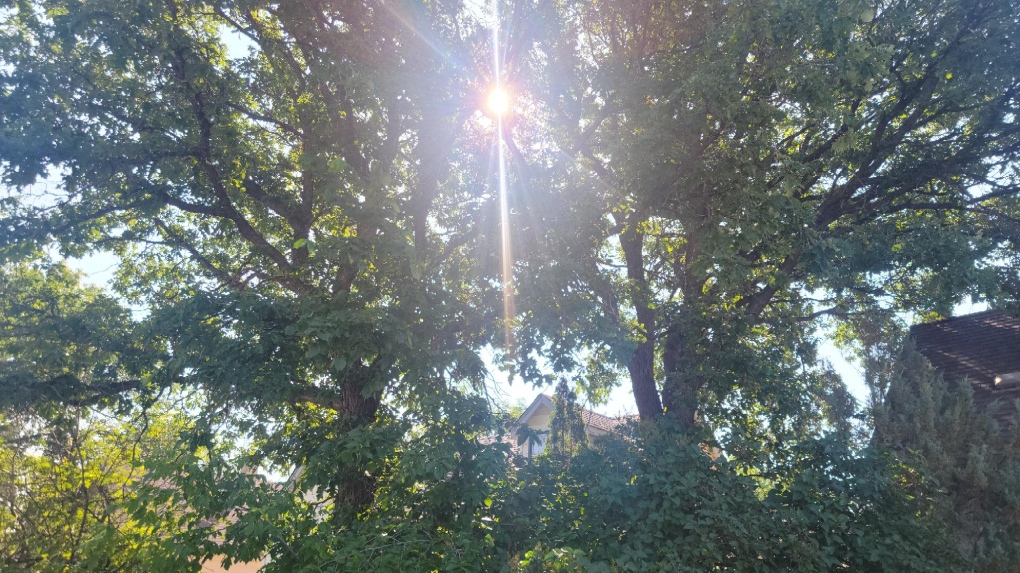 A pair of trees on the property next door to James Reid along Clarence Avenue. Reid says the healthy oak trees are expected to be cut down. (Source: James Reid)

A Winnipeg man is upset that a pair of old, healthy oak trees could be coming down on the property next door to him.

James Reid lives on Clarence Avenue and the house next door has not been occupied since he moved in three years ago.

He said some work started to pop around the home and that’s when he learned two oak trees in front of the house, which workers estimated to be around 100 years old, were scheduled to be taken down.

"They're both in perfect health; they're not near where they would be building or the foundation or anything. They clearly made it through all of the storms and made it through a couple of years ago when we had all the worms that devastated the oaks in our neighbourhood and lived through that," said Reid.

Reid said he contacted the development company to find out why this was happening and was told it was the land owner's decision to remove the trees.

He said there was a two-storey home on the property, which was demolished, and his understanding is it is being replaced with another two-storey home.

He doesn't understand why people would want to take these trees down when they are such an important feature of the neighbourhood.

A spokesperson for the city said in an email to CTV News Winnipeg there is no bylaw to protect trees from being removed from private property.

For infill housing, the spokesperson said, "The current Zoning Bylaw gives credit towards landscaping requirement for each tree greater than 2.5 inches trunk diameter retained on private property. However, there are no requirements for tree protection specified."

The spokesperson added the number of trees retained on a property reduces the amount of landscaping material needed.

“Note that protection of private trees is part of infill development proposals wherein there may be conditions requiring specific trees to be protected in development, in accordance with recommendations from an arborist report. An arborist report is required to accompany proposals for properties with existing trees.”

The spokesperson said that the city does not have the authority to regulate tree preservation on private property, but noted the management of Dutch elm disease on all properties is the exception.

CTV News Winnipeg has reached out to the development company for comment.