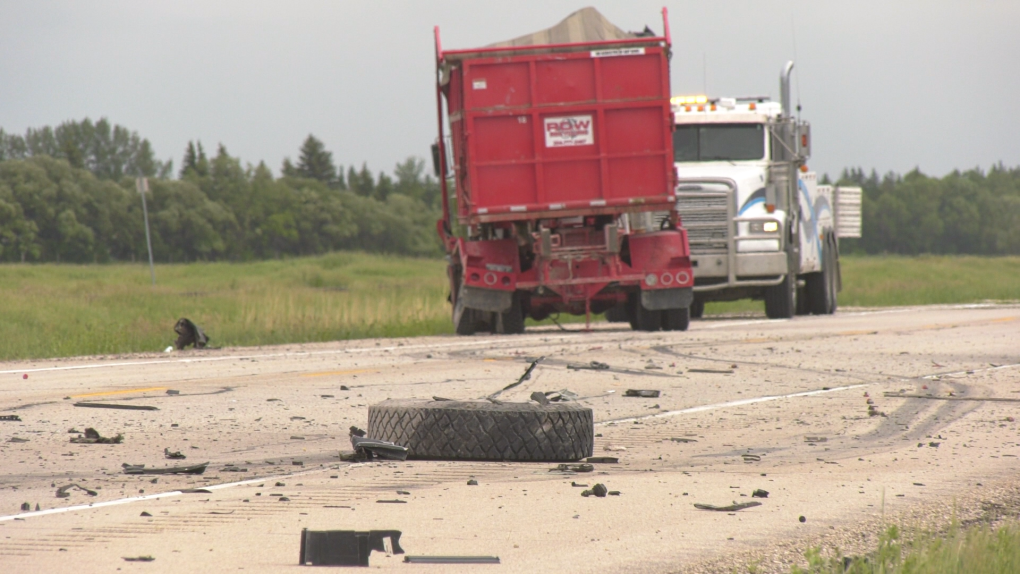 The site of a serious two-vehicle crash on June 21, 2021 on Highway 6. (Source: Glenn Pismenny/CTV News)

WINNIPEG -- Manitoba RCMP said a Winnipeg man has died following a two-vehicle crash that closed part of Highway 6 for several hours on Monday.

RCMP in Stonewall responded to the crash, which was approximately five kilometres from the Perimeter Highway, at 1:35 p.m. in the RM of Rosser.

According to RCMP, a pickup truck, being driven by a 36-year-old man from Winnipeg, was travelling north on the highway, when the truck entered the southbound lane and collided head-on with a semi. The pickup truck then entered a ditch and rolled, while the driver of the semi pulled his vehicle over to the side of the highway.

The crash remains under investigation.