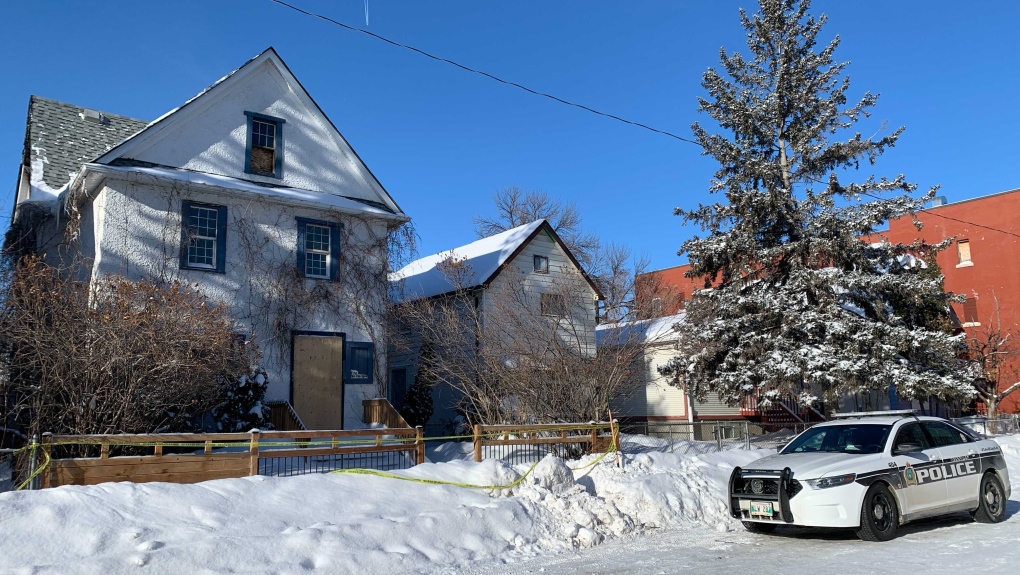 Winnipeg police remain on the scene of a fatal shooting in the 400 block of Young Street on Jan. 23, 2022.
WINNIPEG -

Winnipeg police officers are investigating the death of a man who was killed Sunday morning in a shooting.

Police said general patrol units were called to the 400 block of Young Street around 8:46 a.m. on Sunday after receiving a report that a man had been shot.

When they arrived, officers found a 'severely injured' man outside. He was given emergency medical care before being taken to hospital in critical condition. Police said he died of his injuries in hospital.

The man has been identified as 28-year-old Dustin Curtis Kyle Gibbs from Winnipeg.

Const. Jay Murray with the Winnipeg Police Service said police believe Gibbs had been staying in the neighbourhood where he was shot. However, Murray said, police are still trying to determine where exactly the actual shooting happened.

"We believe that the shooting happened just prior to the victim being found by officers," Murray said, adding gunfire was heard by neighbours in the area.

"If you live in that neighbourhood and you were leaving your residence that morning and you saw anything suspicious or if you heard the sound of gunfire, we would ask that you contact our investigators," Murray said.

Murray said anyone who heard the gunfire or knew Gibbs is asked to contact investigators. He also asked for residents or businesses in the area that may have video surveillance to contact police.

"No piece of information is too small, and a lot of the times our homicide investigations progress with small information," he said.