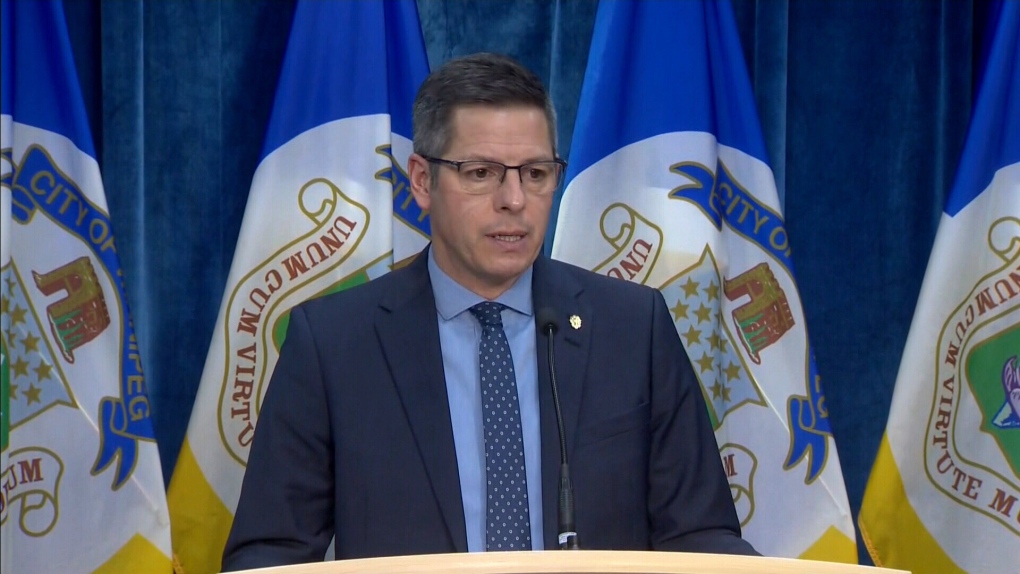 Winnipeg Mayor Brian Bowman is looking to city police to end what he called the 'unlawful occupation' outside the Manitoba Legislature before the protest escalates and grows.

On Tuesday, Bowman said the protest is different than any other he has seen during his time as mayor.

"I do think it is an unlawful occupation of our public streets," the mayor said.

Bowman said the protest – which is stretching into its fifth day – is disrupting the lives of the general public by restricting access to public streets, and creating noise and harassment.

The protest against vaccine mandates and other public health masures related to the pandemic started Friday in solidarity with an ongoing protest in Ottawa.

Bowman said a state of emergency is not being considered at this time, saying the city is not in the same situation as Ottawa.

The mayor said the Winnipeg Police Service is the lead agency in dealing with the protest and has the authority and responsibility to enforce all laws. He said provincial laws prevent elected officials from directing the operations of police.

In a statement, the Winnipeg Police Service said officers must attempt to balance the charter rights of those protesting and are obligated to allow citizens to share their views.

"Police consider several factors when taking enforcement action, including the impact on the event participants' behaviour and the outcomes which may result," the statement from police reads, adding sometimes enforcement happens after the fact and is not always apparent to the public.

The statement said police, "continue to liaise with organizers to mitigate some points of friction like noise contamination."

However, Bowman said he would like to see the end of the protest, saying it is setting a dangerous precedent.

"What we are seeing here is more than just a protest. It's the fact that it is on public streets and it is now day five with no end in sight right now," he said.

"That is the danger of that precedent, is what it communicates to others that would just literally park on public streets for that length of time."

Bowman said he has relayed the concerns to the city's CAO, Winnipeg police Chief Danny Smyth, chair of the police board Markus Chambers, and public safety Minister Kelvin Goertzen.

Health Canada says it is preparing for the possibility that a shortage of sunflower oil could further strain baby formula supplies in Canada.

11 killed in shooting attacks on 2 bars in Mexico

Russia's theft of Ukrainian grain appears to be ramping up as it continues its war on the country, according to new satellite photos of the Crimean port of Sevastopol.

A report looking into a mapping program the RCMP had access to -- but couldn't open -- during the 2020 mass shooting in Nova Scotia concludes it could have helped contain the killer's rampage.

Actor Amber Heard rested her case Tuesday in the civil suit between her and ex-husband Johnny Depp without calling Depp to the stand.