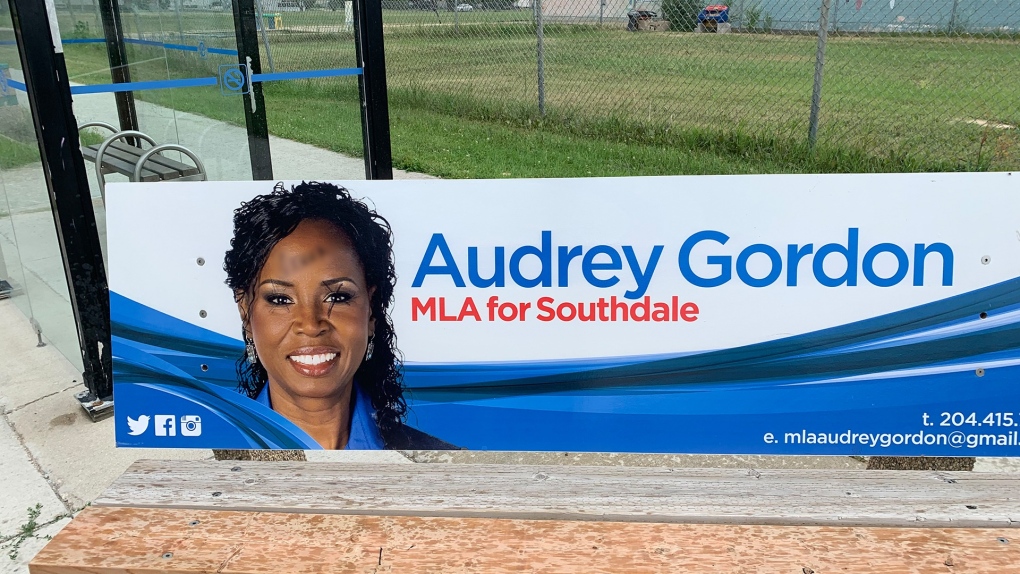 WINNIPEG -- A Winnipeg MLA is speaking out after her bench was defaced over the weekend.

Audrey Gordon, who is the MLA for Southdale, said someone sprayed racist graffiti on a bus bench that has her face on it over the weekend.

"I received a Facebook message from a resident that lives in Windsor Park, early Sunday morning, stating they were out for a walk, walking their dog. They walked by the bench and saw the defacing of the bench with a racial slur," said Gordon.

Gordon said she was saddened and shocked by the graffiti, but doesn't feel it reflects the views of the wider community.

"I do see it as a personal attack on myself and I hope this is just a one-off situation and not the beginning of something that is going to escalate. We will certainly be watching for that," said Gordon.

She said since she has taken office, she has not experienced anything like this, adding her community is very supportive.

"I will go as far as to say, I don't think the person lives in this area at all. It's someone who has come in, as I said, to sow seeds of division in the community and it is not going to take root at all."

The graffiti has since been removed.

She added that when the public found out what happened, she received a lot of support.

"I thank everyone for the calls, the emails, and just their outpouring of support."

Gordon said the Winnipeg police have been notified of the incident.

Gordon made history in the last election as she was one of three Black people who were elected to the Legislative Assembly.