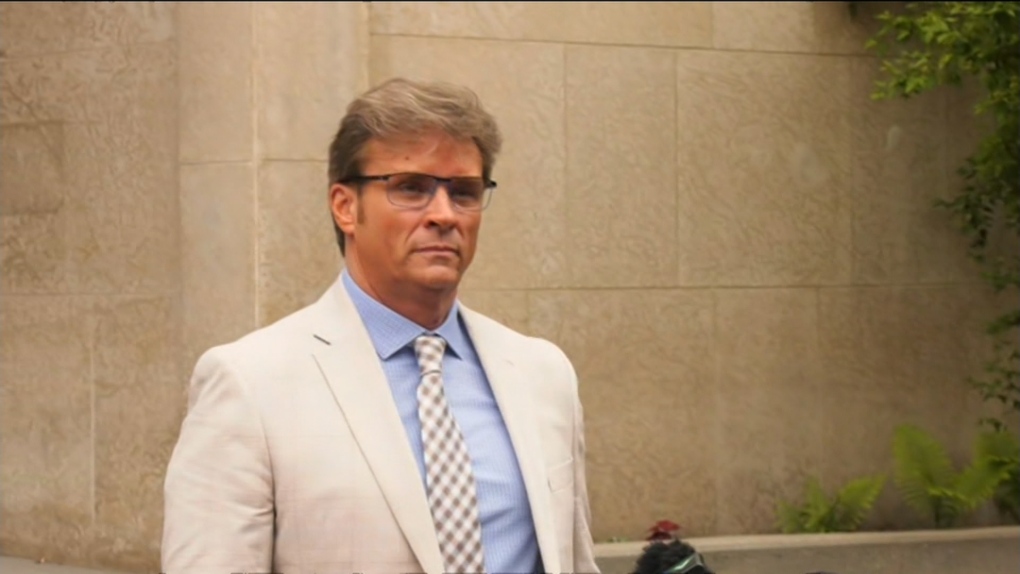 Councillor Kevin Klein speaks to media on June 8, 2020. Klein announced Thursday he is stepping down as chair of the Winnipeg Police Board.

WINNIPEG -- The councillor chairing the Winnipeg Police Board has resigned.

Coun. Kevin Klein announced Thursday he would be stepping down from his role effective immediately.

“With the current climate of tension between police and community internationally, it is paramount that we enact strategic and operational measures that ensure we continue to foster strong, respectful, culturally appropriate measures within The Winnipeg Police Service,” Klein wrote in his resignation letter, which was obtained by CTV News.

“To accomplish this, the Police Board has been given clear legislative responsibilities by the Provincial Police Act. During my tenure as Chair of the Winnipeg Police Board, I've found that the legislative boundaries are seldom adhered to by the Civic Administration, making it difficult for the Board to lead the Service effectively.”

Klein, who represents Charleswood-Tuxedo-Westwood, began serving as board chair in 2018.

During a news conference Thursday afternoon at City Hall, Mayor Brian Bowman spoke about the resignation.

“It is a challenging role to lead the Winnipeg Police Service board,” he said. “Right now, it’s no secret that that board in particular right now requires strong leadership, and so I accept his resignation.”

Bowman said during the news conference Coun. Markus Chambers, who currently serves as the vice-chair, will chair the board in the interim.

The full letter from Klein can be read below.