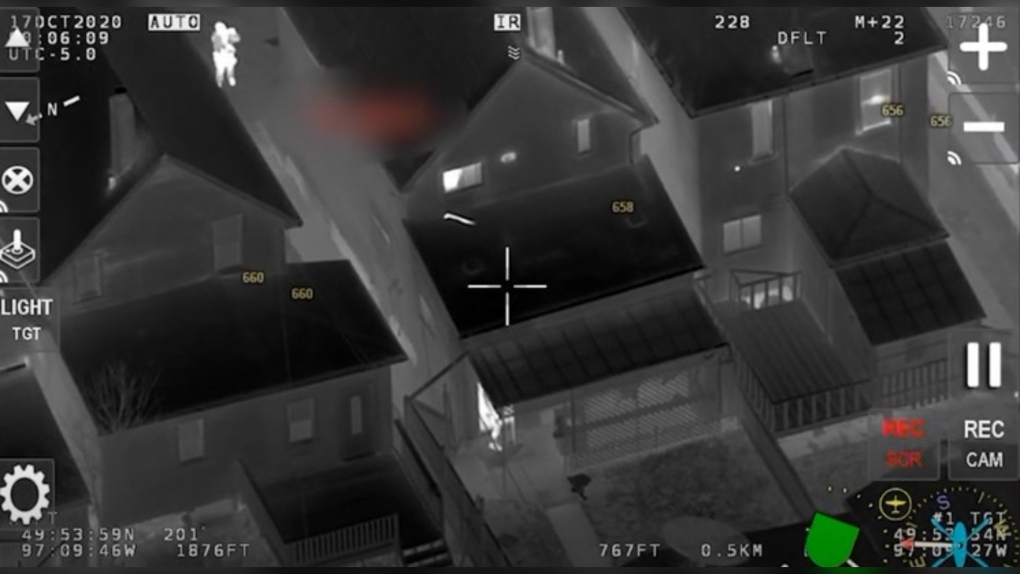 A still image from the Winnipeg police's AIR1 footage.

WINNIPEG -- The Winnipeg Police Service said its helicopter helped them to find a suspect who was allegedly trying to hide a gun on a roof.

On Saturday, Oct. 17, around 2:40 a.m., police received a report about a fight and the sound of gunshots in the 600 block of Furby Street.

AIR1, the Winnipeg police’s helicopter, was in the area and found a suspect trying to hide a freshly fired gun on the roof.

Aaron Lewis Bryant, 29, has been charged with assault with a weapon and possession of a weapon. He was released on an appearance notice.