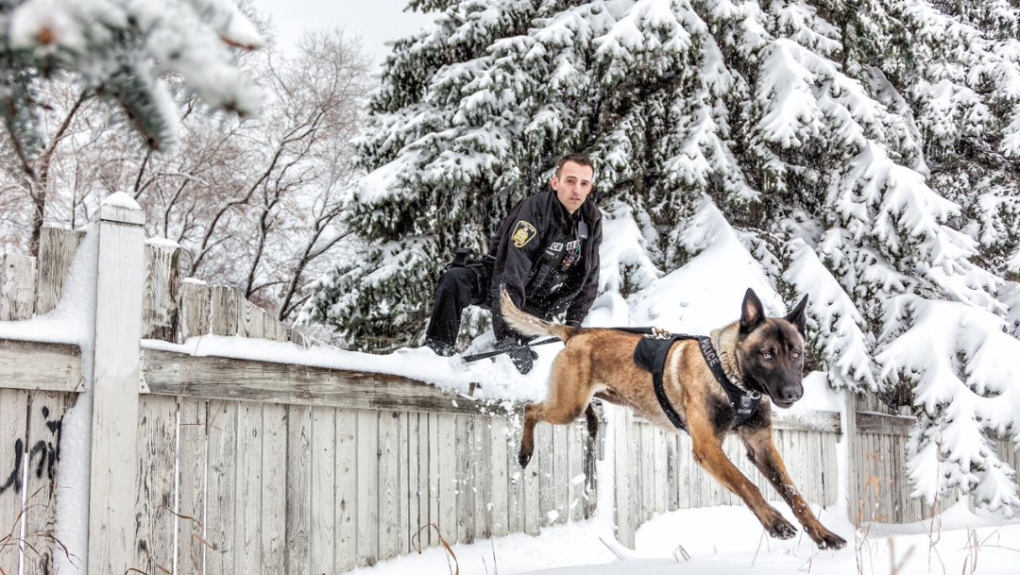 WINNIPEG -- The Winnipeg Police Service took to Twitter, Thursday morning to share the sad news that one of its four-legged officers had passed away from cancer.

Banner, who had been part of the K-9 unit since 2014, died on Wednesday at the Bridgewater Veterinary Hospital.

It is with great sadness we announce the sudden passing of Police Service Dog Banner. PSD Banner was a Dual Purpose Canine and has served with the Canine Unit since 2014. You will be missed by all. pic.twitter.com/Lvsnx6TP06

Police say Banner passed away suddenly and he will be missed.

In a statement from Banner’s handler, Const. Justin Casavant, he said Banner had more than 200 tracking arrests and was also part of hundreds of high-risk operations with members of the Tactical Support Team.

Casavant described what happened leading up to Banner's death.

“Less than 24 hours prior to his passing, on what turned out to be his last official shift, PSD Banner tracked from a stolen vehicle to a residence which led to the arrest of 2 individuals,” said Casavant in a statement.

“Banner started showing symptoms of being ill on Tuesday and was taken to a veterinary hospital. On Wednesday morning, it was determined that he had aggressive cancer that was causing him to deteriorate rapidly.”

Casavant and his wife thanked everyone who has supported them during this time and they are also thanking the Bridgewater Veterinary Hospital for the care that was provided on Wednesday.

The K-9 unit is used to provide support to officers as they search for suspects on the run and in other capacities.

Winnipeg police are one of only a few police departments in Canada that operate its own in-house breeding program.

The WPS mainly use Belgian Malinois and German Shepherds as general-purpose dogs and Labrador retrievers as detector dogs.