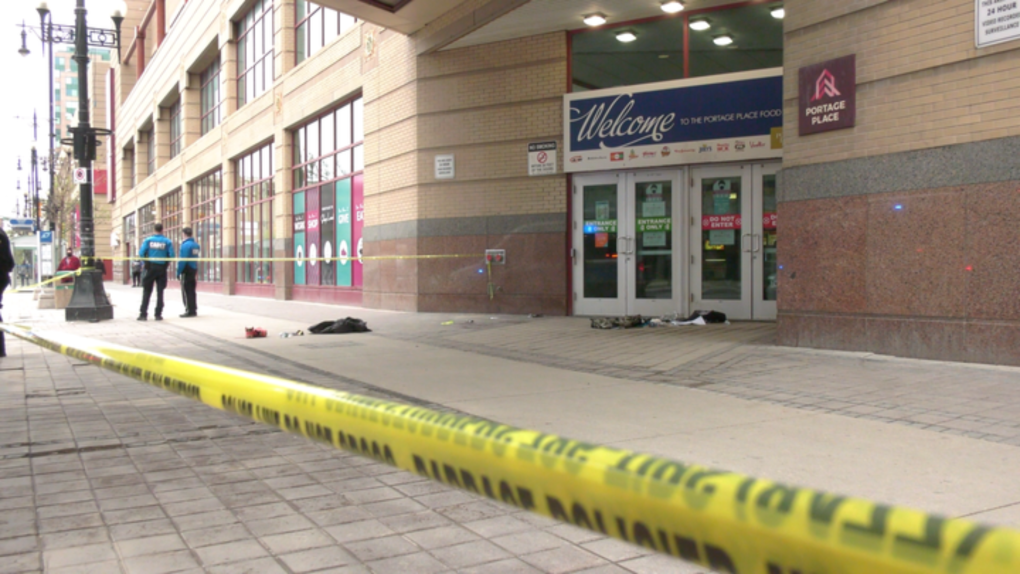 Winnipeg police said the incident occurred at approximately 10:30 a.m. at Portage Avenue and Carlton Street, outside of Portage Place.

A man was taken to hospital following the assault. His condition is unknown.

Images from the scene show police tape on the sidewalk near the exterior entrance to the mall’s food court, along with clothes and other items on the ground.