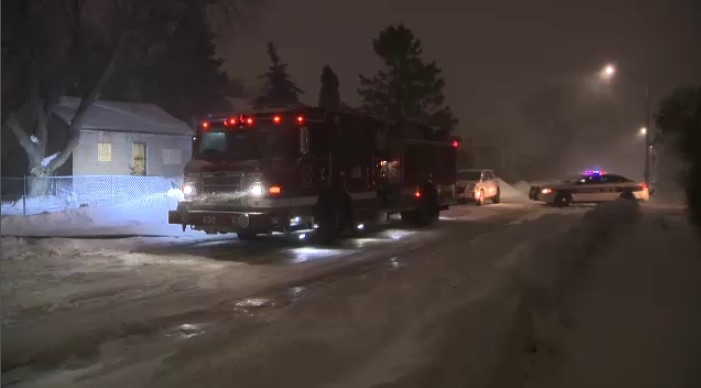 Officers with the Winnipeg Police Service are investigating a house fire on William Avenue West as a homicide.

The fire began around 11:55 p.m. on Thursday in the 1900 block of William Avenue West and left one man dead.

When Winnipeg Fire Paramedic Service crews got to the scene, they found heavy smoke and flames coming from the home. At first, firefighters attacked the fire from inside the house, but eventually switched to an exterior attack due to deteriorating conditions.

Once they knocked down some of the flames, they were able to go back into the house. Crews had the fire under control by 1:15 a.m. on Friday.

Crews searched the home and found one person, who was declared dead at the scene. Police have identified the victim as Brian Robert Scibak, 61. A dog was also found dead inside the home.

Officers described the fire as “suspicious.”

As the May long weekend kicks off, Environment Canada has issued severe thunderstorm and tornado warnings for some parts of southern Ontario and Quebec.

Most of southern Ontario was hit by a severe thunderstorm, with gusting winds knocking down wires and trees.