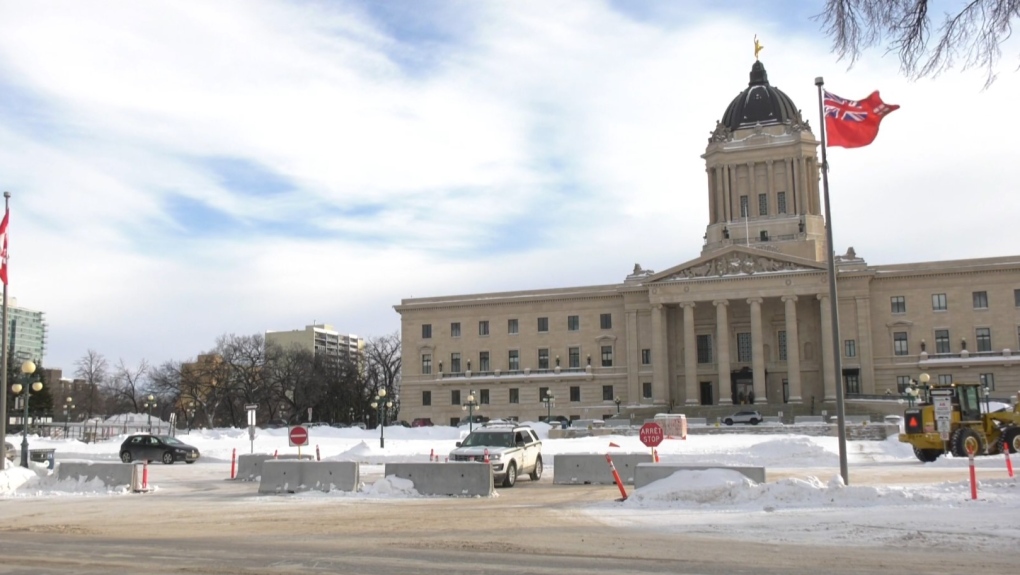 Staff at the Manitoba Legislature are being 'strongly encouraged' to work remotely Friday due to a planned convoy protest.

A memo obtained by CTV News that was sent to Legislature staff on Thursday says the protest is expected to begin around 9 a.m.

"It is difficult to predict the scale or duration of the protest. However, accessing or exiting the grounds, surrounding streets, and parking lots may become impeded or impossible," the memo reads.

"In the circumstances, we strongly encourage building occupants to work remotely on Friday, February 4."

The Winnipeg Police Service said it is aware of and prepared for a convoy protest Friday outside the Legislative Buildings.

The protest is being coordinated with protests scheduled in Ottawa and across the country.

"It is believed that large trucks and vehicles will arrive in a convoy and are expected to remain for some time," police said in a release.

Police said they are working with organizers of the convoy to ensure a peaceful event takes place that keeps the public safe, while also respecting the right to protest.

Police are expecting this protest will cause "significant traffic congestion" in the downtown area and people are being advised to avoid the area if it is possible.

TD Bank Group says it paused the MyMoney lending program it recently launched with Canada Post after it detected suspicious activity on its system.

A semi driver was caught with open liquor in Surrey, B.C., was handed a 90-day driving prohibition and has had his truck impounded, according to Mounties.