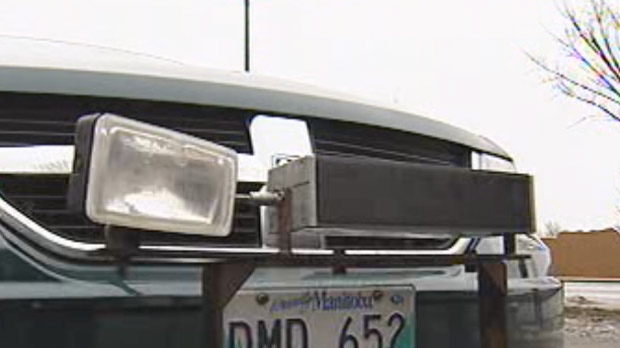 A file image shows a photo-radar-equipped vehicle in Winnipeg.

The Winnipeg Police Service is reporting a drop in revenue from photo enforcement.

On Friday, an update on the 2022 fiscal budget will be presented at the police board meeting, which shows that photo radar ticket revenue has dropped 32 per cent from 2021.

The budget estimated this year’s photo enforcement revenue would be $15.4 million; however, it is now projected to be around $10.3 million.

The report says that ticket volume has been impacted by weather conditions, a lack of enforceable construction zones, and obsolete equipment.

According to the City of Winnipeg’s website, photo enforcement is part of the police’s strategy to make the streets safe. The Winnipeg Police Service has assigned 10 mobile units to conduct speed enforcement in school zones, playground zones and construction zones.

There are 49 intersection safety cameras around the city.

The website says that as of Sept. 30, 52, 532 photo radar tickets have been issued in the city in 2022.There have also been 28,933 tickets issued for intersection safety camera offences.