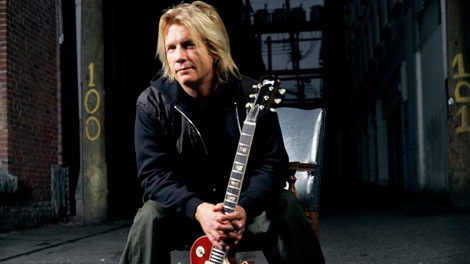 WINNIPEG -- Winnipeg-born record producer Bob Rock is joining a chorus of musicians selling off rights to their past work, reaching a deal with a U.K. investment firm for more than 40 songs from Michael Buble and Metallica.

The agreement between Rock and Hipgnosis Songs Fund will give the London-based operation Rock's full producer rights to a raft of prominent tracks.

Among them are Rock's stake in Metallica's self-titled 1991 album, often called "The Black Album," which includes the metal band's hits "Enter Sandman," "The Unforgiven" and "Nothing Else Matters."

He's also sold his rights to Buble's album "To Be Loved" in its entirety and his work on "Call Me Irresponsible," "Crazy Love" and "Christmas."

Rock, who was born in Winnipeg, is one of Canada's most prolific rock music producers, having worked with the Tragically Hip, Aerosmith, Bryan Adams and Bon Jovi.

The Hipgnosis deal, which encompasses 43 songs, comes as the fund moves quickly to build its library of rights holdings.

Last week, Hipgnosis picked up the publisher and songwriter rights to Shakira's entire catalogue of 145 songs, and earlier this month acquired a 50 per cent stake in Neil Young's catalogue.

Rights deals have become a hot commodity in the pandemic as artists look to monetize their assets while the touring industry remains at a standstill and listening moves increasingly to streaming platforms over record sales.

This report by The Canadian Press was first published Jan. 21, 2021.