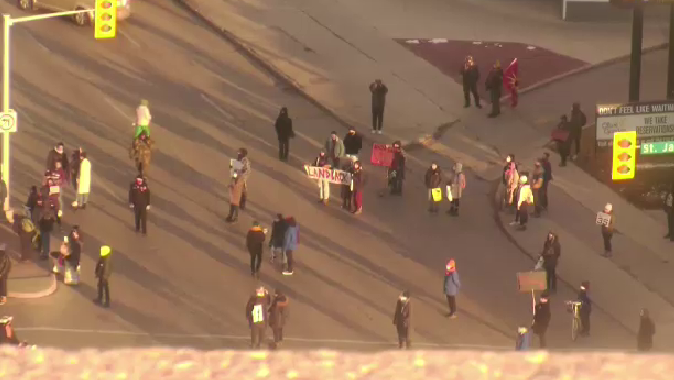 Winnipeg Police Service tweeted the intersection of Portage Avenue and St. James Street is closed in all directions.

The protest, organized by All Eyes on Mikmaki, is in support of First Nation lobster fishers in Nova Scotia.

Approximately 50 protesters could be seen on the street.

Update: Traffic is closed in all directions at the intersection of Portage Avenue and St. James St. Expect delays in the area.#WPGtraffic #Winnipeg #WpgTMC https://t.co/qwIOQW5OSm

After gathering at the intersection, protesters then started marching down Portage Avenue toward downtown.

Police said all roads were back open around 6:30 p.m.