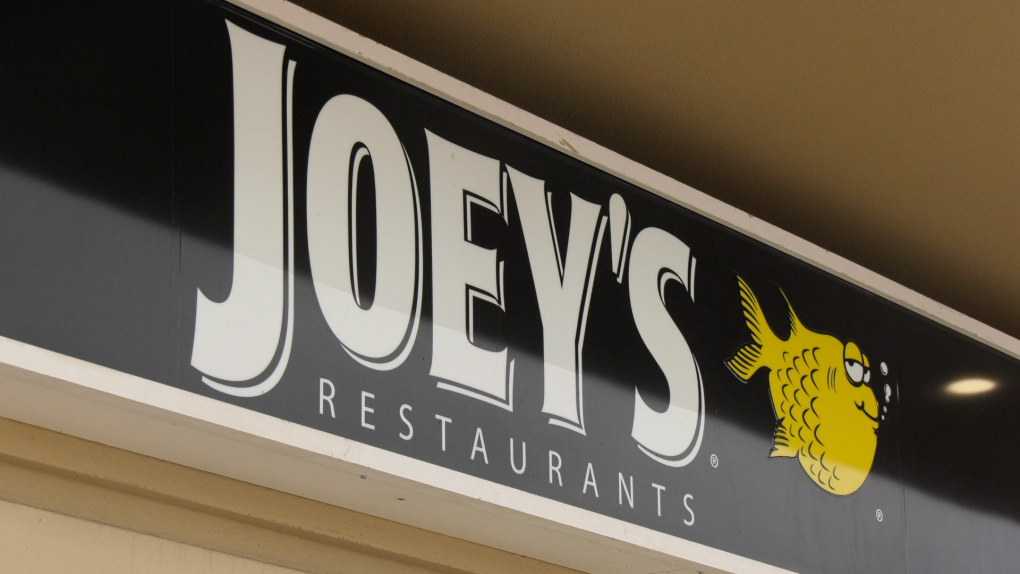 Joey’s Only Seafood Restaurant, located on Regent Avenue West, has been issued a ticket by the province for not following public health orders. (CTV News Photo Scott Andersson)

WINNIPEG -- A restaurant in Winnipeg is the latest business to be ticketed for not adhering to the public health orders issued by the Province of Manitoba.

According to the province, Joey’s Only Seafood Restaurant, located on Regent Avenue West, has been issued a ticket for $2,542. The restaurant was closed on May 20, but has reopened.

Some of the other Manitoba businesses that have been fined by the province since April for not following public health measures include: Executive Bath, Sung’s Restaurant, Beauty Infinity, Thi Bui, JT’s Club, California Nails and Ruby Nail Bar. None of these businesses have reopened.

Manitoba can issue tickets for $486 for individuals and $2,542 for corporations for not following the orders.