'Winnipeg Rocks' game on a roll 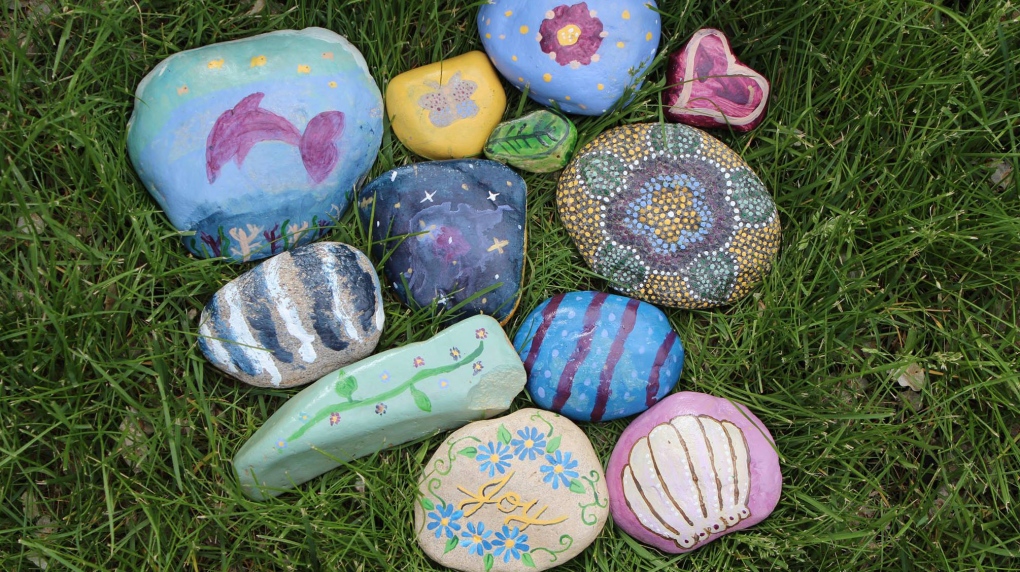 ‘Winnipeg Rocks’ involves decorating, hiding, and searching for rocks anywhere in the city, and then sharing the treasure found with the rest of the growing community of players. (Source: Winnipeg Rocks Facebook)

Its anchor can be found online, but a game that’s picked up popularity in Winnipeg this summer is grounded in the great outdoors.

‘Winnipeg Rocks’ involves decorating, hiding, and searching for rocks anywhere in the city, and then sharing the treasure found with the rest of the growing community of players. The Winnipeg Rocks Facebook group was founded mid-June by Lorna Kroeker, who was inspired after hearing of the game taking place elsewhere in North America.

“I did not expect it to blow up like it has,” Kroeker tells CTV News. The group is nearing 5,000 members, and more than 300 photos were posted to it in a single day this week.

"It's just to spread a little bit of beauty, a little bit of joy, brighten somebody's day. It's really just about spreading a little happiness," Kroeker says, adding that the game is suitable for people of all ages.

Kroeker says anyone can get involved by decorating a rock with whatever materials they like, such as nail polish, permanent markers or acrylic paint. She recommends using a sealant to make it waterproof, and advises that people label the back with the instructions “Winnipeg Rocks. Post to Facebook. Keep or rehide,” before hiding the rock.

She says while the game is grounded in a real life experience, participants should post found rocks to Facebook, so whoever hid the rock has a chance at finding out what happened to their creation.

“But then it's your choice,” she says, “Whether you want to keep the rock, or rehide it for somebody else to find."

She also has tips for those on the hunt.

"Probably the best place to look is in parks, but, yeah, just keep your eyes open while you're going around town, doing your shopping, because people are leaving them anywhere."