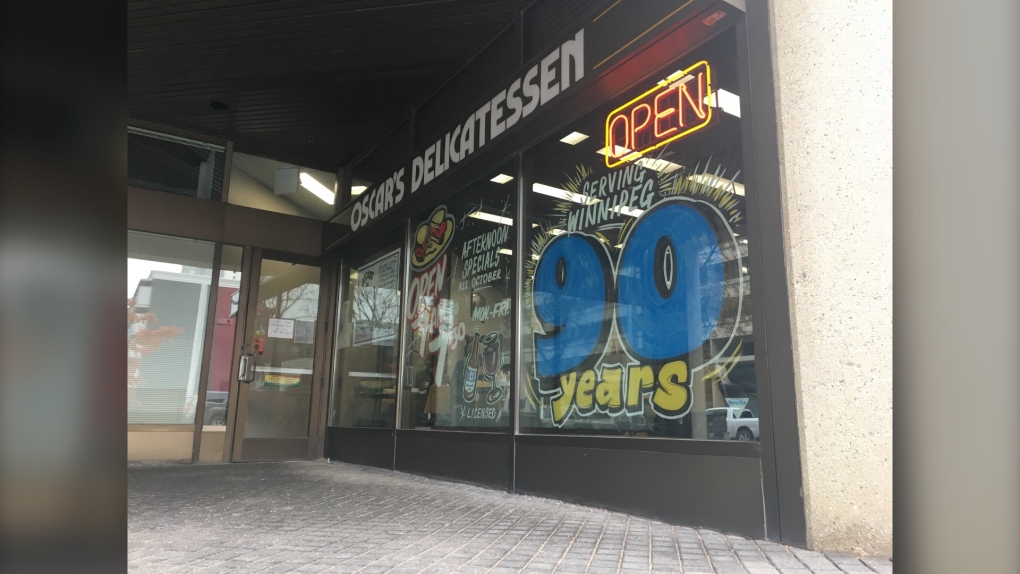 One of the oldest restaurants in Winnipeg is celebrating a milestone birthday.

Oscar’s Deli, located in the city’s downtown area, is marking its 90th anniversary.

He says the restaurant owes it longevity to its prices, portions and relationship with its customers.

“I’ve got customers that have been coming here for 40 years, and they’re still coming,” Brown said.

“Of course you get to know the staff, you fool around, have a nice lunch, and away you go,” he said.

Brown’s daughter, Rachel, said the restaurant must be doing something right.

“I think it’s just staying consistent, treating people you want to be treated,” she said.

Brown said the restaurant business is one of the toughest, and you have to love it.

- With files from CTV's Glenn Pismenny.