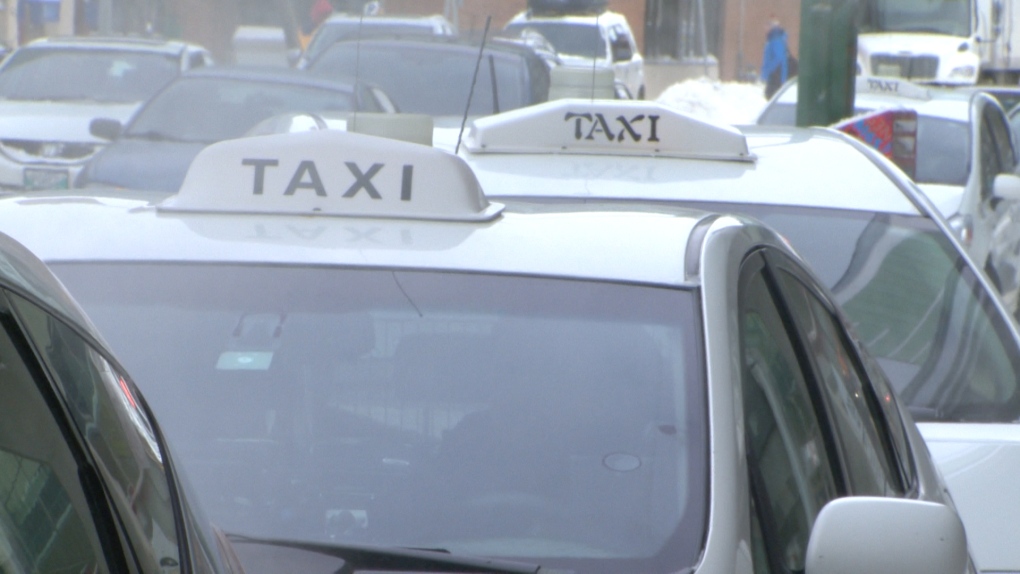 Taxi cabs can be seen lined up in Winnipeg.

The Winnipeg Taxi Association is sounding the alarm about what they say is an increase in assaults and robberies against taxi drivers.

This comes after taxi driver Fitsen Ghevrhet was stabbed by a passenger on Christmas Eve. According to police, the passenger allegedly damaged the taxi and attacked Ghevrhet when he confronted the man in the 400 block of Kennedy Street.

"He opened the door and then grabbed a knife from the left side under his jacket, and he stabbed my leg," Ghevrhet said on Thursday.

Ghevrhet received 15 stitches to his leg and five stitches in his hand following the unprovoked assault.

The attacker was arrested by police a few streets over. He was charged with assault causing bodily harm and mischief under $5,000.

Police said he was released on an undertaking. The charges against him have not been proven in court.

Ghevrhet said the incident was random, and something he hadn’t experienced before.

The Winnipeg Taxi Association said while the majority of the fares they handle occur without incident, they say assaults on cab drivers are becoming all too common, and they worry the industry is being targeted for theft and violence by others.

The association is calling on the city to offer more support.

“I need to request the City of Winnipeg to get involved with these kinds of incidents because now these occurrences are like coming more and more,” said Gurmeet Singh, who owns the cab company involved in the incident.

In a statement, the City of Winnipeg told CTV News that discussions about further safety enhancements to taxis are ongoing, and the industry is encouraged to share its ideas.

-With files from CTV’s Kayla Rosen

A number of provinces are tweaking their public health protocols to ease restrictions as COVID-19 hospitalizations continue to show signs of stabilizing.