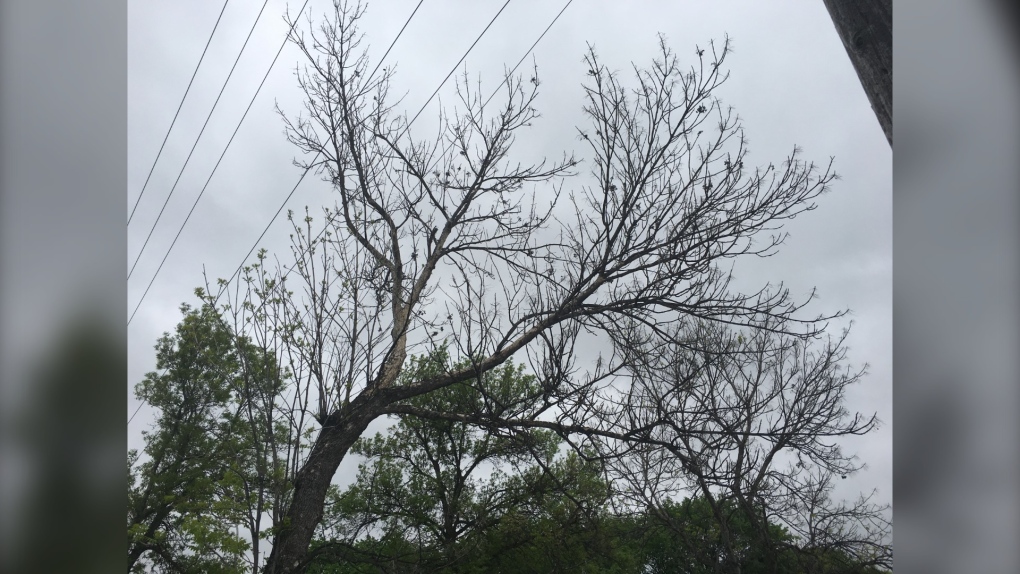 Crews are still cleaning up tree debris, seven months after the record snowfall. “There are a lot of remnants of the October storm still out there,” said Barwinsky, pointing to a severed tree in River Heights. “This tree had failed… We know there are most likely hundreds of (similar) situations out there.”

The storm damaged more than 30,000 trees on public property alone. Barwinsky said some cleanup requests were missed in the aftermath of the massive cleanup. “This is ongoing work we’ll face in the summer months.”

She expects the city to remove about 1,300 ash trees this year because of the invasive species. “We’re seeing more immediate damage,” said Barwinsky. “We call it an insidious pest because it really is hiding and building over time.”

Barwinsky said increasing the diversity of trees throughout the city is one way to make Winnipeg’s urban canopy more resilient to invasive species and severe weather.

With camping season underway, Barwinsky is reminding Winnipeggers not to bring firewood outside the city, to prevent the spread of invasive pests. “Burn it in place, or use in place.”

She said surveillance staff with the city has started visiting properties looking for elm firewood, which is illegal to store. “If our crews find Elm firewood piles, they mark the piles with lumber crayon and leave a notice.”

According to provincial legislation, no elm trees can be pruned between April 1st to July 31st to crack down on Dutch Elm disease. “If you can wait to prune your Elm, wait until August 1.”