Winnipeg woman celebrates 100th birthday, while being in quarantine 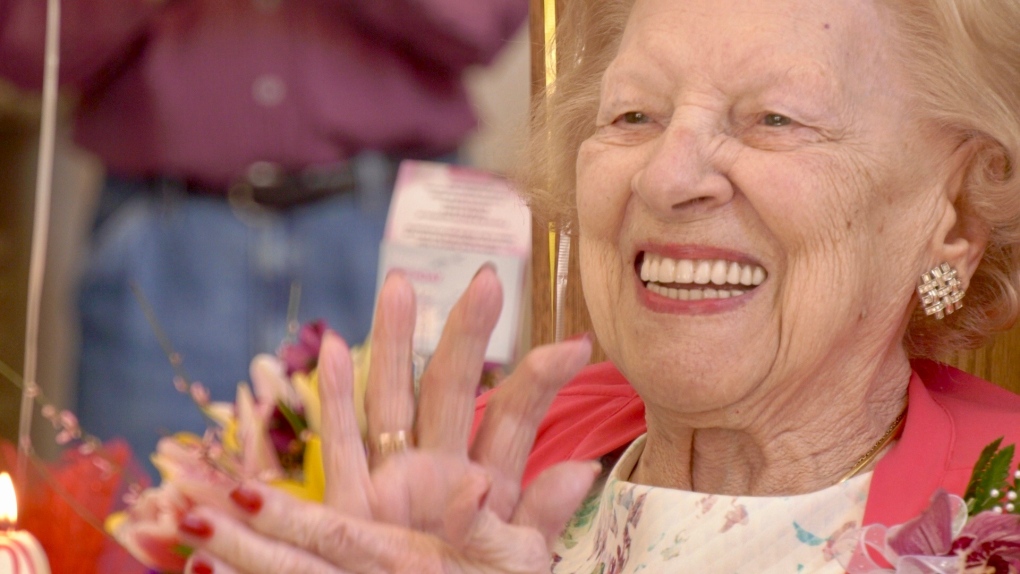 WINNIPEG -- A Winnipeg woman celebrated her 100thbirthday on Monday, while in quarantine at an assisted living home.

Eve Sharples was born in Winnipeg on March 23, 1920. She lived in the city until after the Second World War, when she moved to Chicago with her husband. Then in January 2020, she moved back to Winnipeg to be closer to her granddaughter Tiffany Wilson, and has been staying at the Riverwood Square.

The assisted living home was closed due to the spread of COVID-19, but that didn’t stop Sharples’ family and friends from celebrating the milestone birthday.

“She just deserves everything,” said Wilson.

So since no one was allowed to enter the building on Sharples’ special day, Wilson arranged to have a group of people sing ‘Happy Birthday’ from outside the front doors of the building, which are made of glass. Sharples sat in the lobby with her birthday cake, while being serenaded by family and friends.

After Monday’s party, Sharples spent the afternoon video chatting with family and friends across the world.

This was Wilson’s third attempt at planning the celebration. Her first idea was to have her family, who lives all around the world, travel to Chicago, but Sharples had an accident and ended up coming back to Winnipeg. Her next plan was to have everyone come to Winnipeg, but that had to be cancelled due to COVID-19.

After the party, Sharples spent the afternoon video chatting with family and friends across the world.

“I’ve been trying to come up with a hundred different ideas to make this an important occasion, because she`s been looking forward to it, for a year we’ve been planning it,” Wilson said.

“And so this was probably about the best idea that I could come up with.”

Wilson said her goal in all this was to make her grandmother feel loved during this dark time.