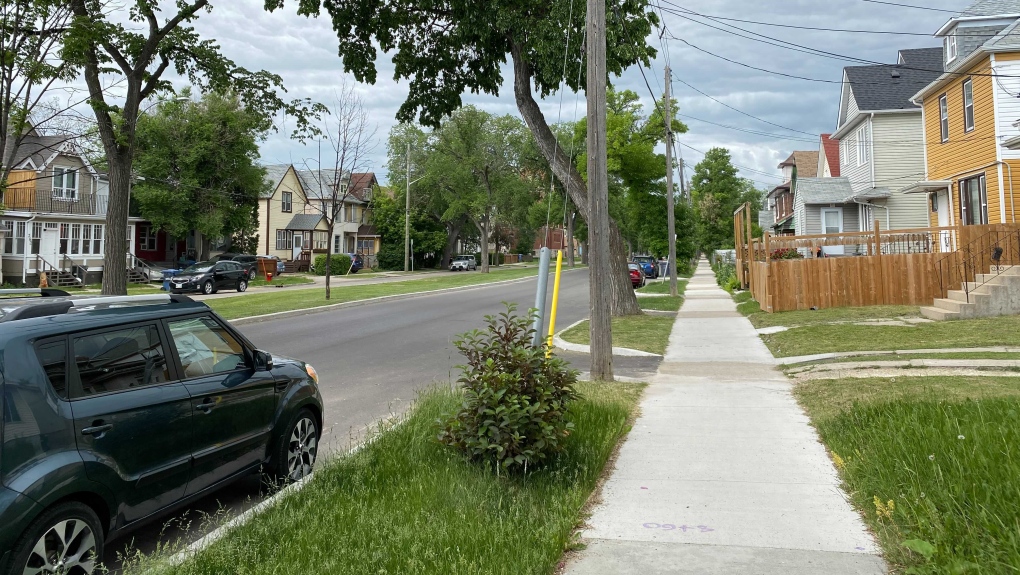 The 200 block of Burrows Avenue where police say a 12-year-old boy was stabbed. He later died from his injuries. Photo take June 19, 2021. (Source: Zachary Kitchen/CTV News)

WINNIPEG -- A 19-year-old Winnipeg woman has been charged with manslaughter in connection to the stabbing death of a 12-year-old boy.

The incident took place on the evening of June 18 in the 200 block of Burrows Avenue.

When officers got to the scene, they found the boy, who was seriously injured, on the road. An off-duty nurse who was in the area also provided help.

The 12-year-old Winnipeg boy was taken to the hospital where he died.

The Winnipeg Police Service’s homicide unit is investigating the incident, and believe two groups were involved in this incident.

Officers arrested the woman on June 21. The manslaughter charge has not been proven in court.

Police ask anyone with information that could help investigators to contact 204-986-6508 or Crime Stoppers.