WINNIPEG -- A Winnipeg woman's talent for sculpting bears from the snow has earned her some attention on daytime television in the United States.

Vinora Bennett has been making polar bear sculptures in front of her home and now she is set to appear on Live with Kelly and Ryan on Thursday.

Bennett said since she started getting all of this attention, life has been kind of a blur.

"I don't know where this all came from but I was excited," said Bennett.

She said her interview was pre-taped on Tuesday, adding she was nervous through the whole thing.

"I just had a few questions thankfully,” she said. “I had all these answers prepared around me and I was a little bit worried that I wouldn't have the answers to their questions." 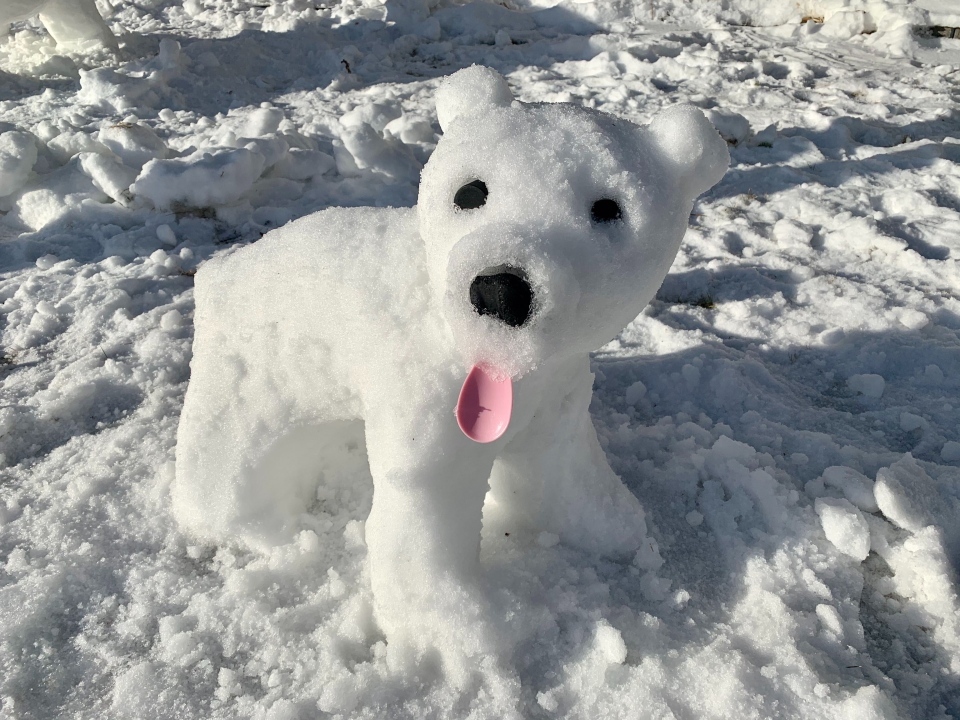 Bennett added that while it was an amazing experience to be part of the show, she said there are so many people in Winnipeg who are making art throughout the city who also deserves recognition.

Even with her new-found fame, Bennett said she isn’t finished building bears. She has plans for a few more in the works.

"I've raised some donations for Union Gospel Mission and they have asked me to build a bear in front of their building on Princess and Higgins. So I am going to do that this weekend. So that is super exciting." 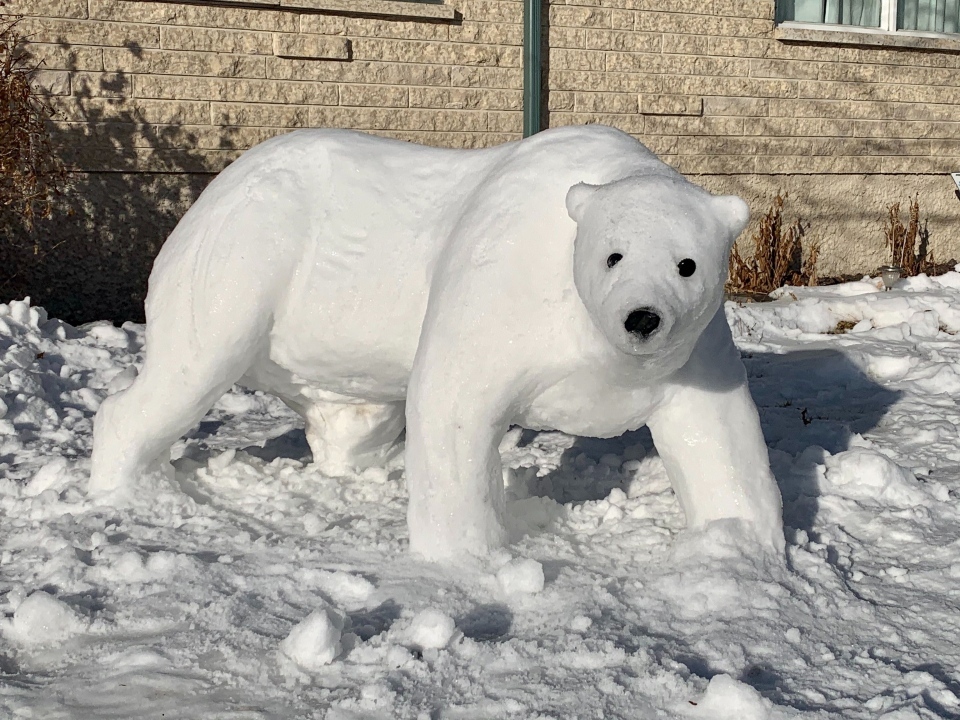 Bennett said Riverview Health Centre has also asked her to build a few bears so patients can see them.

On Thursday, Bennett was featured as Kelly Ripa and Ryan Seacrest’s ‘Good News Story of the Day,’ with Ripa referring to her as ‘so talented.’

Bennett explained to the hosts that her passion for making snow bears began with the initial quest of making a snowman.

“It just escalated from there,” she said,

“I looked online, and I saw another picture of a snow bear I wanted to make in the front yard.”

Seacrest told Bennett her bears look “authentic,” asking her how many she has made in the past few weeks.

“We had beautiful weather, very unlike January weather. It was beautiful, so, I think I made about 13 bears in the first week and a half.”

Bennett went on to explain to Ripa and Seacrest what “beautiful” weather means to a Canadian. She said it was around two degrees while she was making the bears, even getting as warm as five degrees at one point.

Bennett told the morning show hosts she had no idea she was capable of making these kinds of sculptures.

“When I first started my bear in the front yard, I had a lot of compliments. Kids were loving it, walking by, and I really didn’t know it was going to turn out this great and I’ve never done anything like this before.”

Seacrest then asked how she was able to get the bear to stay on the tree, with Bennett saying she stapled a piece of wire to the tree and starting packing the snow onto it.

Bennett told the hosts her favourite bear is the one standing behind the tree.

Bennett ended the interview by saying her neighbours are her biggest cheerleaders, adding that she’s set up a donation box for Union Gospel Mission.

“I believe that they have a very hopeful message,” she said.

“They feed the hungry. They also help a lot of people struggling with addictions, just giving them hope.”

Winnipeggers can also check out her polar bears in person on Barrington Avenue. 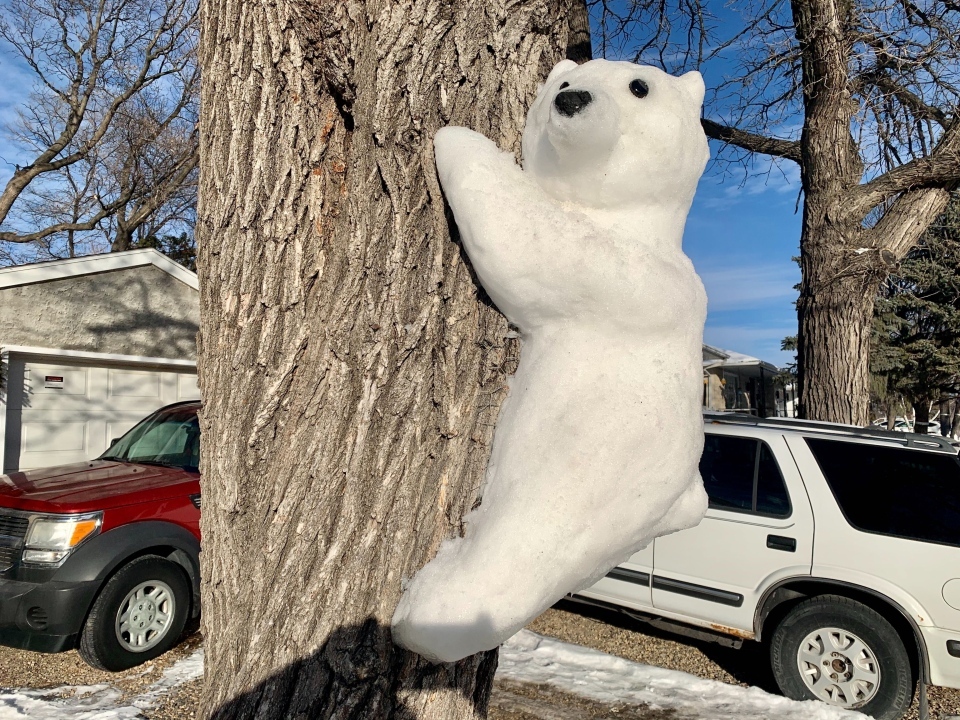 -With files from CTV's Kayla Rosen.