Winnipeg woman thanks 'Good Samaritans' for assistance during snow storm 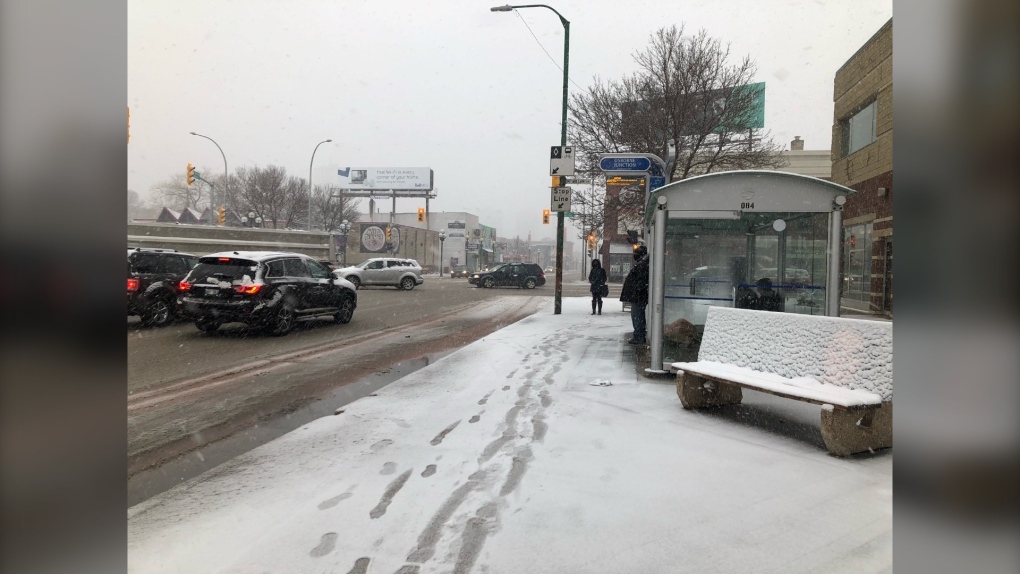 WINNIPEG -- Helping a stranded motorist get home is just something you do, even if it leaves you with an empty belly, according to Joe.

Joe, who is a recent Vancouver transplant, didn’t want his last name to used to avoid accolades. He and his wife Mandy were central to a recent CTV Winnipeg story focused ona rescue mission involving a Manitoba woman who was unable to finish driving home during a recent spring snow storm.

“It’s nice to help people and you hope the karma comes back, so, do good, get good. My mom taught me that and that’s all you really have to do,” said Joe. “It’s not hard to be nice, it’s quite easy.”

The day’s events began for Joe and Mandy with failed dinner plans at a restaurant in St. Adolphe, which happened to be closed. Plans switched to take out chicken from Winnipeg and it was on the way home that they encountered Caroline.

“Out on the highway near old Selkirk and we’re, like, ‘can’t wait to get home, warm chicken, it’s going to be great.’ I saw the lady across the road and I’m, like, chicken’s got to wait,” said Joe.

On April 13, Caroline, who asked CTV News to only use her first name, had to drive to Winkler during the middle of the storm.

She made it out fine but on the way home, the situation turned from bad to worse and she said the roads were scary.

"It was icy and blowing snow. Coming back in was an absolute mess," she said. "I ended up skidding and swerving a couple of times."

She said what made matters worse, is she had already taken the winter tires off her vehicle.

"I ended up getting really spooked and I also ended up feeling quite sick as well, feeling really dizzy."

Caroline said she had pulled over a few times to get out of her car to get some fresh air and take a few breaths.

The last time she pulled over she said she was close to the Perimeter Highway but she couldn't go any farther.

She said she was on the phone with her husband trying to figure out what to do. She said he couldn't pick her up and she didn't want to leave the car on the side of the road. That’s when she said two strangers appeared.

"While I'm out there's a vehicle that pulls over and there's a couple inside and they asked me, 'Are you okay?'"

Caroline said she told them she wasn't feeling well and wasn't sure she was going to be able to drive anymore.

She said they introduced themselves as ‘Joe and Mandy’ and, after talking briefly, they offered to give Caroline a ride.

She said they suggested that Mandy drive the vehicle while Caroline sat in the passenger seat and Joe follow behind to make sure everything is okay.

"I had my husband on the phone to make sure I was okay… I was a little hesitant. I learned as a kid to not trust strangers right away, but I could really tell they had their best intentions here."

Caroline eventually said yes and noted the entire time Mandy was talking to her and trying to calm her down.

She said they made it to her home and she was greeted by her husband. She added that they helped her get to the door to make sure she was okay.

Caroline said her husband offered them some beer to thank them for helping, but they said no because they don't drink and then they left.

She said during all of this she failed to get their contact information and only knows their names and that they are from the St. Adolphe area.

Caroline said she really wants to repay their kindness.

"Joe and Mandy if I could somehow get a hold of you I would love to buy you lunch," she said. "You're both wonderful, wonderful people. What you did very well could have saved my life."

Now that Joe and Mandy have been identified contact details have been passed on to Caroline.

The chicken never did get eaten. It was left on the roof of their car as they drove away.

Joe said if they couldn’t have driven Caroline home he would have given her his jacket,  and waited till a tow truck came.

“It’s not hard to be nice, it’s quite easy,” said Joe. “Help somebody, whoever they are as a human being. That’s my mantra.”