In the days following the discovery of a mass grave at a former B.C. residential school, a Winnipeg woman has turned to art to help her grieve and start a conversation.

The remains of 215 children – some as young as three-years-old – were uncovered at the site of the former Kamloops Indian Residential School.

“As a teacher and as a parent, I felt a responsibility to take action in some way," AdamovFerguson told CTV News.

AdamovFerguson, a mother of two, sifted soil around pairs of shoes on her driveway and repeated the process 215 times to honour each child found in B.C. 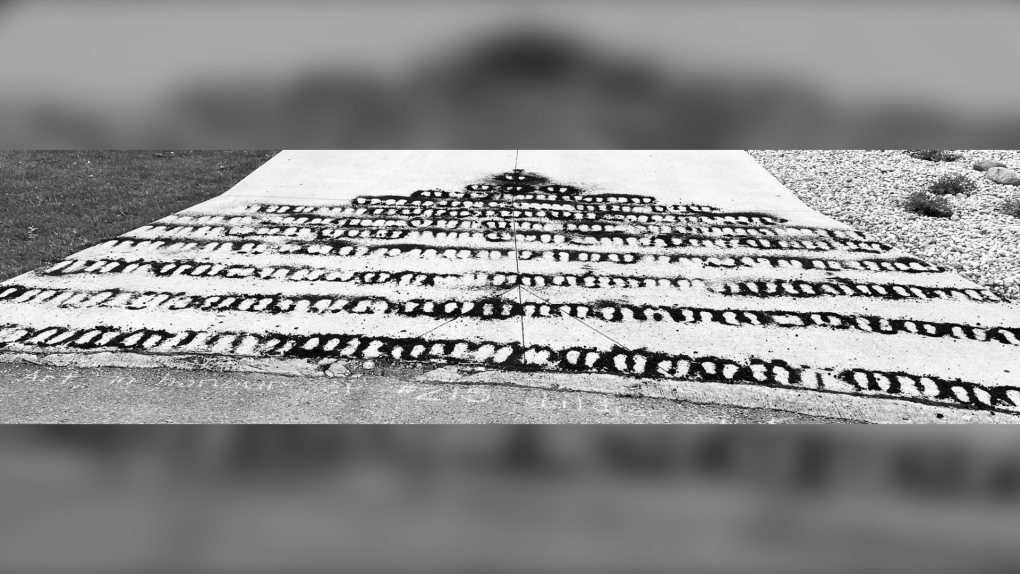 Katya AdamovFerguson and her children sifted soil around pairs of shoes on her driveway and repeated the process 215 times to honour each child whose remains were found in a mass grave at a former B.C. residential school. (Source: Katya AdamovFerguson/ Twitter)

She said outlining her own children’s shoes was an emotional process and when they joined in to help, it made it even more meaningful.

“I needed to go through [the process] to understand how families and communities must be feeling and to express my grief for them,” AdamovFerguson said.

She said she hopes the driveway art will lead to a conversation among families in her own community.