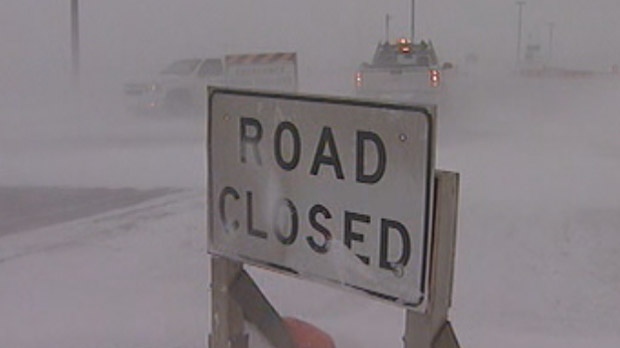 WINNIPEG -- An Alberta Clipper is bringing freezing rain and snow to Manitoba, resulting in icy highways which have led to several road and school closures.

As of Thursday at  8:30 a.m., Manitoba Infrastructure’s 511 website reported the reopening of Hwy. 1 east from Hwy. 207 to the Ontario border.   The Trans-Canada from  Portage la Prairie to Winnipeg had also been closed earlier in the morning but it has since reopened.

The province is also reporting the closure of Hwy. 5 from Grandview to the Saskatchewan border and Hwy. 83 from Foxwarren to north of Roblin. Hwy. 45 is closed from Rossburn to Russell.

Many other highways in the south and southwest are listed as partially ice-covered although they remain open.

The Division Scolaire Franco-Manitobaine has closed these schools:

This is story will be updated as new information is received. More to come.