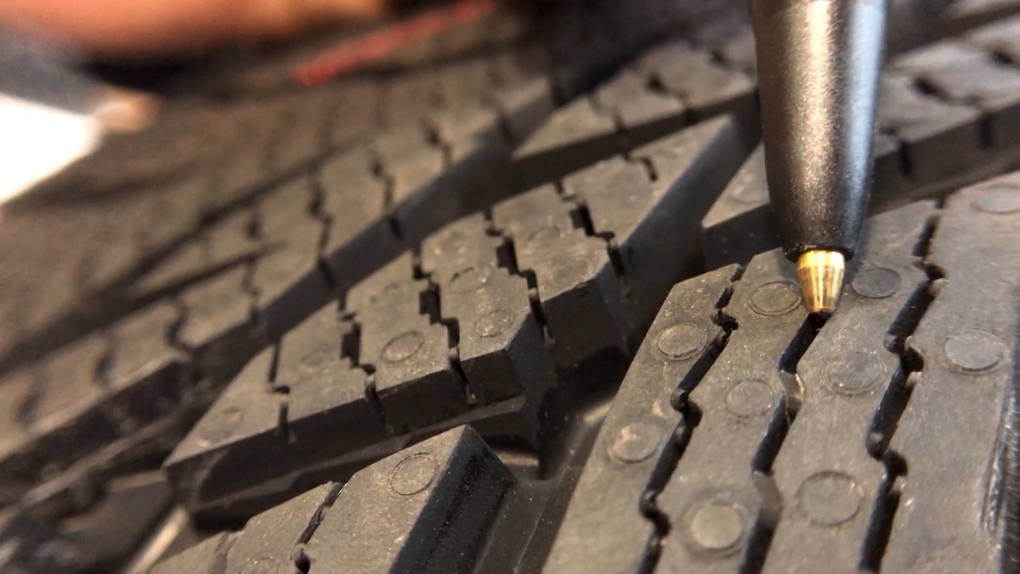 A winter tire is your best bet in snow and cold temperatures.

WINNIPEG -- Winter roads can be slick and dangerous to drive on, especially without the right tires.

But a study released Wednesday from Manitoba Public Insurance is demonstrating the use of winter tires can help reduce crashes.

“Our role is to raise awareness and talk about what we found, and what we found is vehicles equipped with winter tires are involved with fewer collisions than vehicles that don’t have winter tires,” said Brian Smiley, spokesperson for Manitoba Public Insurance.

“We also noticed that vehicles that are equipped with winter tires and are in a collision, the severity of the repair is less than the vehicle that doesn’t.”

MPI said it analyzed collision claims from November to March between 2011-12 and 2017-18, comparing claim frequency before and after a winter tire purchase for 111,872 vehicles.

“So that tells us that perhaps braking distance comes into effect, better handling came into effect on that,” said Smiley.

“With the compounds they are made with, in the colder weather, in the winter, it just gives more flexibility to the tread which gives you better traction,” said Reimer.

“They are deigned to push the snow and slush out of your tread, so if it gets full of snow, like a regular all-season, you would loss your traction.”

Manitoba and Saskatchewan are consistently below the national average for winter tire use, according to the Tire and Rubber Association of Canada.

The two province’s winter tire average is 60 per cent while the country stands at 76 per cent.

Smiley said while winter tires are not mandated in Manitoba, they could help you arrive alive.

“It’s recommended by safety agencies, but it’s not the law and many people don’t need them, it is dependant on your driving needs,” he said. “But our study has shown that vehicles equipped with winter tires are involved with fewer collisions than vehicles that have no winter tires.”

Smiley said if you do need winter tires, the MPI Winter Tire Program is available at over 700 retailers around the province.