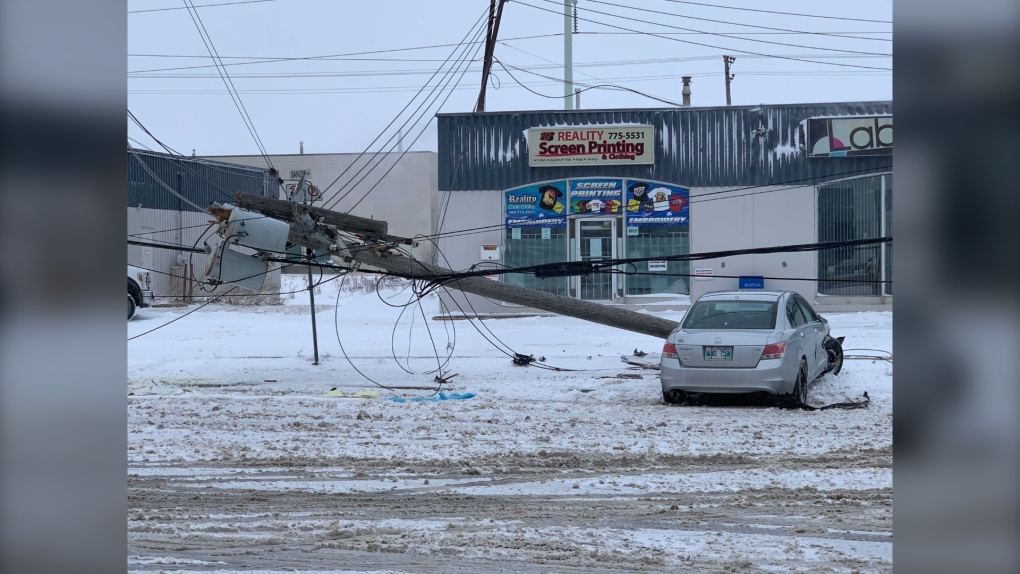 WINNIPEG -- As the winter storm continues to pound Winnipeg and Manitoba, slick conditions for drivers have resulted in crashes and forced the closure of Highway 1 in Saskatchewan.

Shortly before 4 p.m. on Tuesday, the Province of Manitoba said the Trans-Canada Highway was closed in Saskatchewan due to the poor winter driving conditions and multiple crashes.

"Truck stops, rest areas and other services west of Virden into Saskatchewan, are currently full or extremely limited," the province said in an advisory released Tuesday afternoon.

"Please avoid travel into the area until (the) highway reopens."

CAA said the calls it has received have been steady, with 193 calls as of Tuesday afternoon. It said the majority of the calls were for tows or winching.

The Meteorological Service of Canada told CTV News the province is expecting another five to 10 cm of snow by Wednesday morning – with preliminary information showing Winnipeg has received 15 to 22 cm.

The winter wallop caused many issues throughout the city. Emergency crews had to respond to two separate collisions, the first happening just after 8 a.m. when a car hit a hydro pole.

As a result of the crash, the pole could be seen almost lying on the ground with hydro lines scattered everywhere.

Photos from the scene show the vehicle with significant damage to the front passenger side with part of the bumper being ripped off. 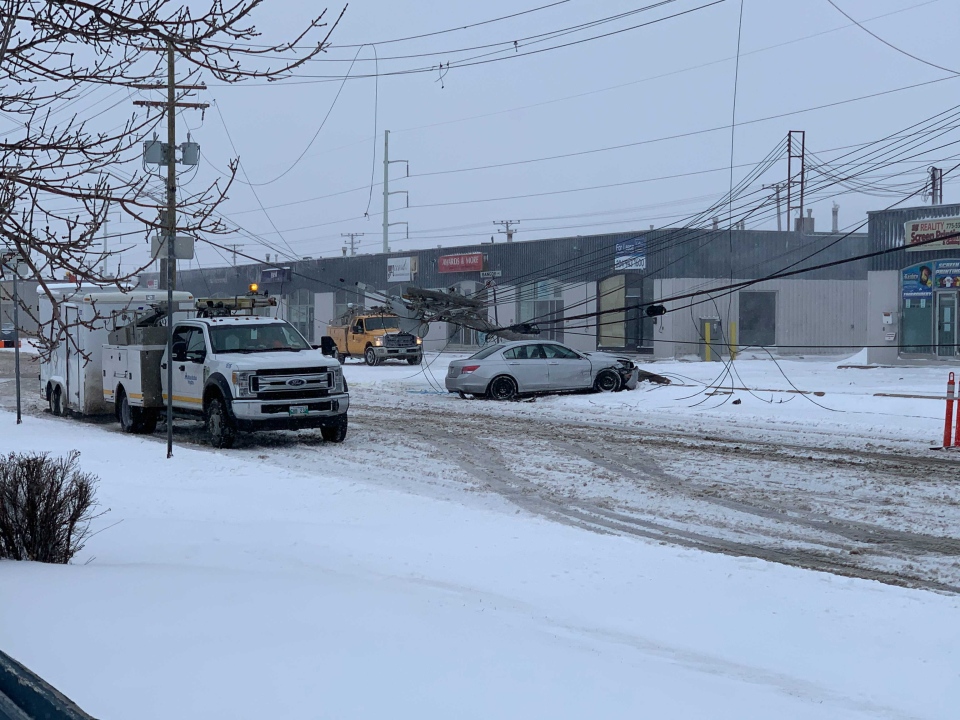 The city said no one was taken to hospital and that Manitoba Hydro was notified of the incident. Several Hydro crews attended the scene to repair the downed pole.

The second crash happened at 8:40 a.m., with emergency crews responding to a two-vehicle crash at Portage Avenue and Moray Street. 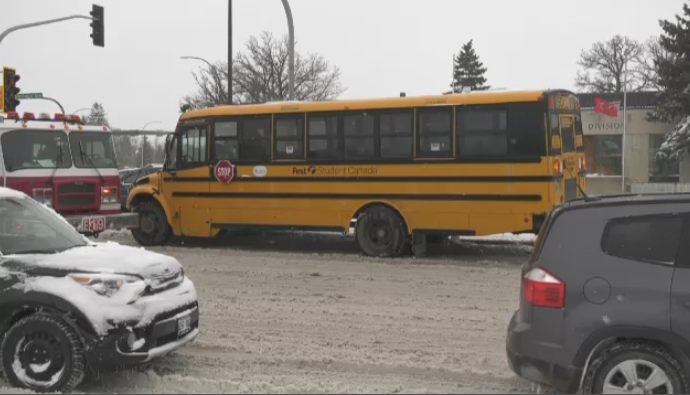 The crash involved a school bus and another vehicle. The city said there were no students on the bus when happened and no one was taken to hospital.

The city is reminding everyone that motorists should drive to the conditions and they should be giving themselves extra time to get to their destination.