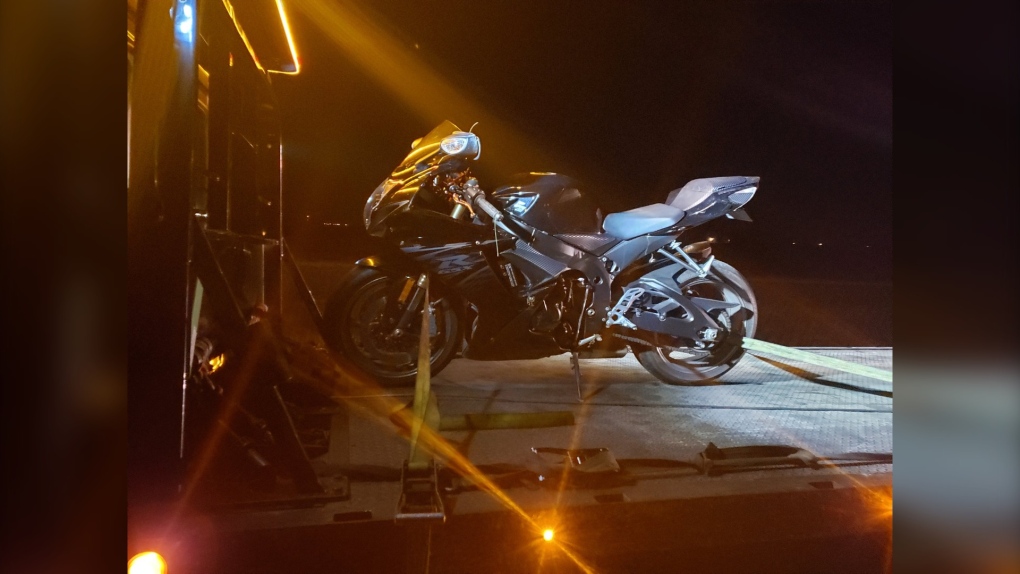 WINNIPEG -- Manitoba RCMP said they recently stopped a 37-year-old woman who was driving a motorcycle at dangerous speeds.

RCMP said the woman drove the motorcycle down into a ditch of tall grass. They said when officers arrived at the scene, the woman told RCMP the clutch on the motorcycle was blown and she was laying down in the tall grass "because she was tired."

Mounties said the woman was also driving with an expired licence.

The woman received five tickets totalling $1,785, including a ticket for driving carelessly. The woman will also have to appear in court, where a fine for speeding 130 kilometres over the speed limit will be determined.

From April to June, MPI said there was a total of 148 speed-related (Serious Driving Offences) that were forwarded to the Registrar of Motor Vehicles. This is a 60 per cent increase compared to the same period in 2019.

Speed infractions of 50 km/h or more over the speed limit have to be reported to the Registrar, and drivers are given five business days to schedule a Show Cause Hearing.

According to MPI, 90 per cent of these hearings result in license suspensions based on the speed recorded on the ticket and the person's driving record.

-With files from CTV's Danton Unger and Devon McKendrick.