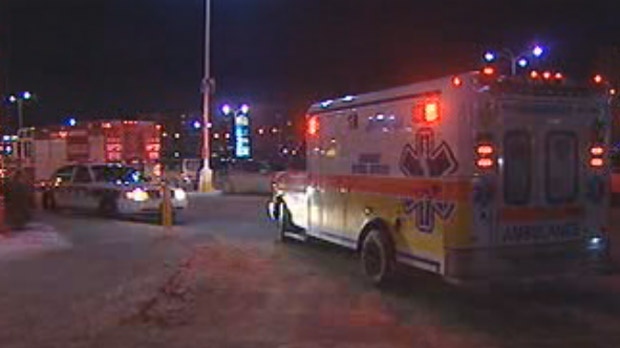 Police and emergency crews respond on Nov. 28, 2012 after a 40-year-old woman was robbed and assaulted near Grant Park Shopping Centre in Winnipeg.

Winnipeg police are looking for suspects after a 40-year-old woman was robbed and assaulted on Nov. 28 in a bus shelter in the 1100 block of Grant Avenue near Grant Park Shopping Centre.

The woman had been waiting inside a bus shelter when two suspects entered and demanded property. The victim tried to leave but the suspects blocked the exit and robbed the woman of cash and property, said police.

The victim was also assaulted on the upper body and one of the suspects pulled out a weapon, said police.

Suspects then fled and the victim was able to call police.

She was transported to hospital in stable condition.