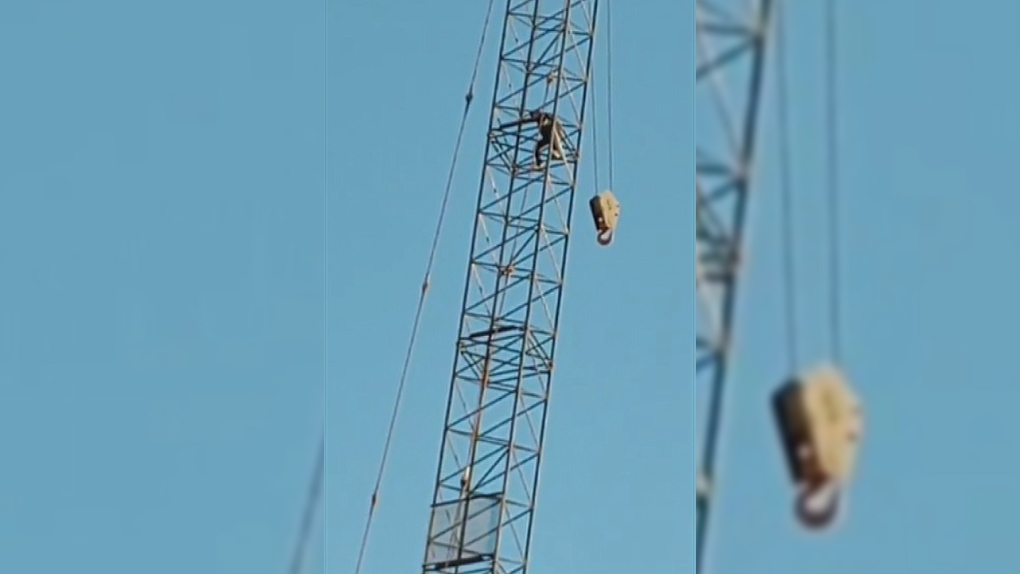 A screenshot from a Facebook video streamed by Jackie Traverse shows a person scaling a crane in Downtown Winnipeg near Graham Avenue and Kennedy Street on December 2, 2020 (Image source: Jackie Traverse)

WINNIPEG -- A woman who climbed a crane in Downtown Winnipeg was allegedly using methamphetamine and is now charged with public mischief, Winnipeg police said.

According to police, a 50-year-old woman climbed nearly to the top of a crane that had been sitting in an empty lot along Graham Avenue between Edmonton Street and Kennedy Street on Wednesday afternoon.

Police and the Winnipeg Fire Paramedic Service were called to the scene at around 3 p.m.

"She did not comply with initial communication to climb down," police told CTV News in a written statement.

"It appears that methamphetamine use was likely an underlying factor in her decision to climb the crane."

Police said the woman was eventually coaxed to climb down the crane. WFPS crews climbed partway up the crane and brought her down.

The woman was taken to hospital in stable condition and charged with public mischief and an outstanding warrant.

Police said she was medically cleared and released on an appearance notice.

-with files from CTV's Charles Lefebvre