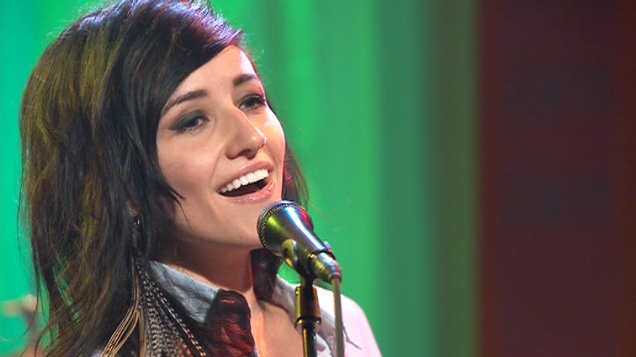 The poster says Lights would be appearing at the event, which the centre says is not happening. (File image)

A women’s centre in Winnipeg said its name and logo are being used to promote an event that doesn’t exist.

The North End Women’s Centre posted an image of a poster on Facebook for an event called the ‘Women’s Health Awareness Concert,’ which says it will include appearances and performances by Lights, Olivia Lunny and Faouzia. The poster also features the centre’s logo, address and contact information.

“We can assure you that we are NOT in any way associated with this promoter, event, or the person trying to pass themselves off as a North End Women’s Centre employee,” said the post.

Kristi Beaune, the centre’s community development engagement manager, told CTV News Winnipeg she was contacted by a performer listed on the poster who wanted to get information regarding the event's legitimacy.

Beaune said the performer was emailed by someone who said they were from the North End Women’s Centre and was offering a fee for performers to take part in the event.

Beaune said the person who sent the email is not affiliated with the centre and there is no event.

Anyone who is contacted about this event should reach out to the women’s centre or police.

The RBC Convention Centre, where the poster says the event will take place, said there’s nothing in its booking system for the event.

Police have been notified.