'Woody in the hood': Winnipeg woman shares her story of meeting Woody Harrelson 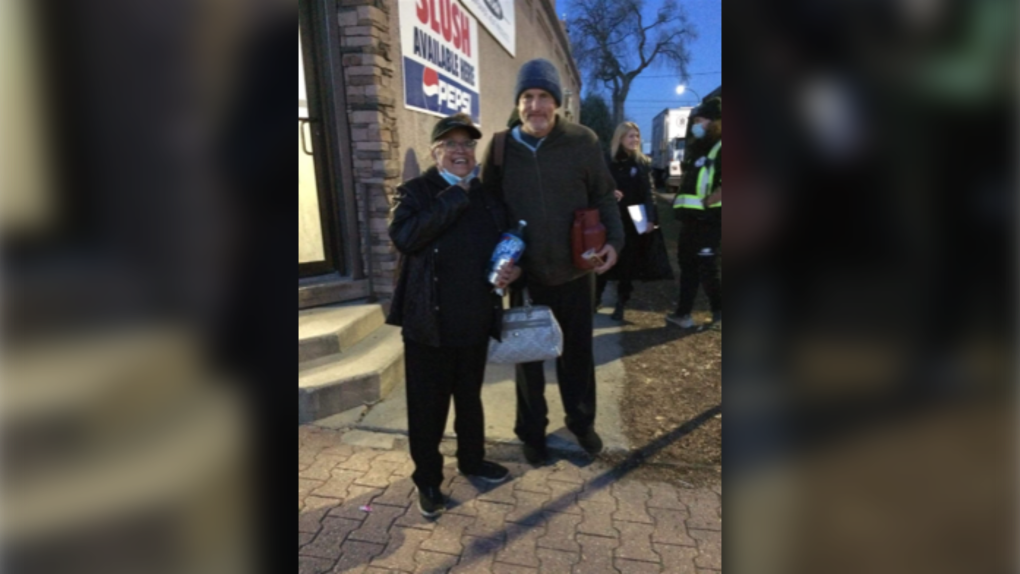 A Winnipeg woman got to rub shoulders with a celebrity a few weeks ago in the city.

Marie Manitopyes met Woody Harrelson on Nov. 9 in Point Douglas after she went to pick up her grandson and his friend.

"I picked them up, we drove around the corner, and they said, 'Hey that's the bus he was in,'" said  Manitopyes.

She said she parked her car and went into the store next to the bus. When they came out, Harrelson was getting off the bus.

She said it was really exciting to meet him and that he was extremely nice.

After the meeting, Marie's niece put the picture online and since then, she is being recognized as the person who met Woody Harrelson.

"I went to the store today and some lady looked at me with my mask on and said, 'Hey, aren't you the woman that was in that picture?' People at work say, 'Wasn't that you with Woody?' I said, 'Yeah, that was me with Woody. Woody in the hood.'"

Manitopyes said she has been a fan of Harrelson ever since she watched him on 'Cheers.'

He is currently in Winnipeg filming a movie called 'Champions' and it is set to be shooting in Winnipeg until Dec. 17.