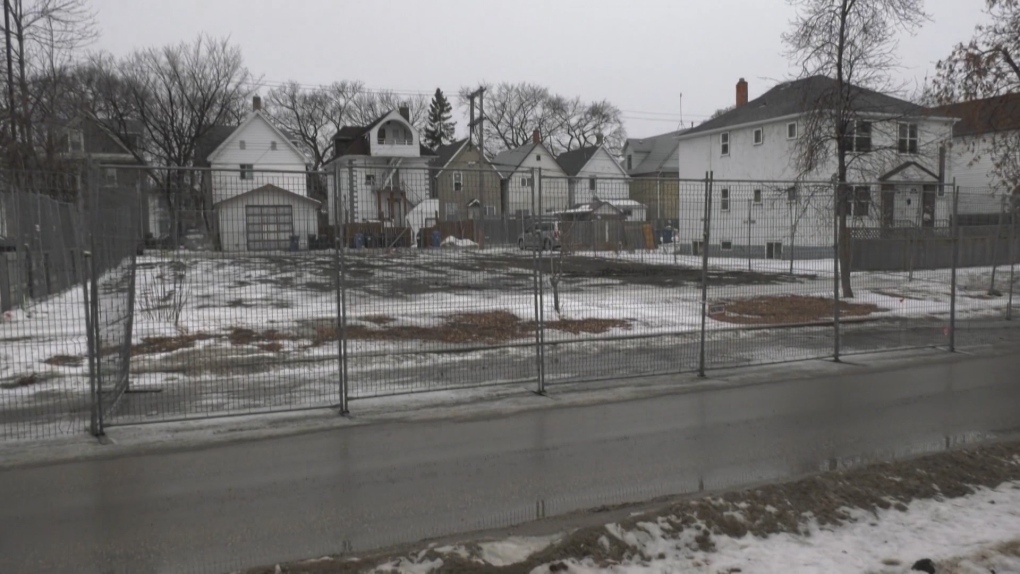 WINNIPEG -- An affordable housing project in Winnipeg that will give women and their children experiencing homelessness or at risk of homelessness a place to live has received a boost from the province.

All three levels of government are now involved in an affordable housing project that will see 18 modular apartments go up at 260 Toronto St. – the site of a former housing complex owned by the Winnipeg Housing and Rehabilitation Corporation.

On Friday, the three levels of government announced the project is getting $624,000 from the province to support the project's mortgage and demolition costs. This in addition to the $4.3 million coming from the federal government's Rapid Housing Initiative.

The site was demolished recently due to structural issues, but it is now being redeveloped.

"We are working as quickly as we can possibly move on this project," said Manitoba Families Minister Rochelle Squires. "The demolition work is already done. The foundation is underway."

Squires said the goal is to have people move into the new apartments by Dec. 9, 2021.

The project is one of five in the city that is being funded through the federal government's Rapid Housing Initiative.

Winnipeg received $12.5 million through the initiative in December 2020 to build 88 affordable housing units.

Federal Families, Children and Social Development Minister Ahmed Hussen said the Rapid Housing Initiative requires all the projects to be built in 12 months or less, meaning all 88 of the units announced in Winnipeg funded through the initiative will need to be completed by December 2021.

"We know that every Canadian deserves a safe and affordable place to call home, but far too many are forced to make the impossible choice between paying the rent and buying groceries," Hussen said during a virtual news conference in Winnipeg on Friday.

"Those who have been disproportionately affected by the COVID-19 pandemic have also been facing housing challenges."

Hussen said there is a need now for more affordable housing.

Winnipeg Mayor Brian Bowman thanked the province and federal government, and called on all levels of government to work together.

"Ending homelessness is possible, and to achieve this, we must be more effective in working together as municipal, provincial and federal governments in support of End Homelessness Winnipeg's efforts to end homelessness," Bowman said.

"Today's announcement, which will support 18 units, is absolutely a step in the right direction."

Bowman said the last street census in Winnipeg in 2018 identified about 1,500 Winnipeggers affected by homelessness.

"Ultimately I'd like us all – ourselves included – to really be focused on those individuals," he said, adding the goal is to get that number down to zero.

The other projects being funded through the Rapid Housing Initiative in Winnipeg include:

-With files from CTV's Stephanie Tsicos.