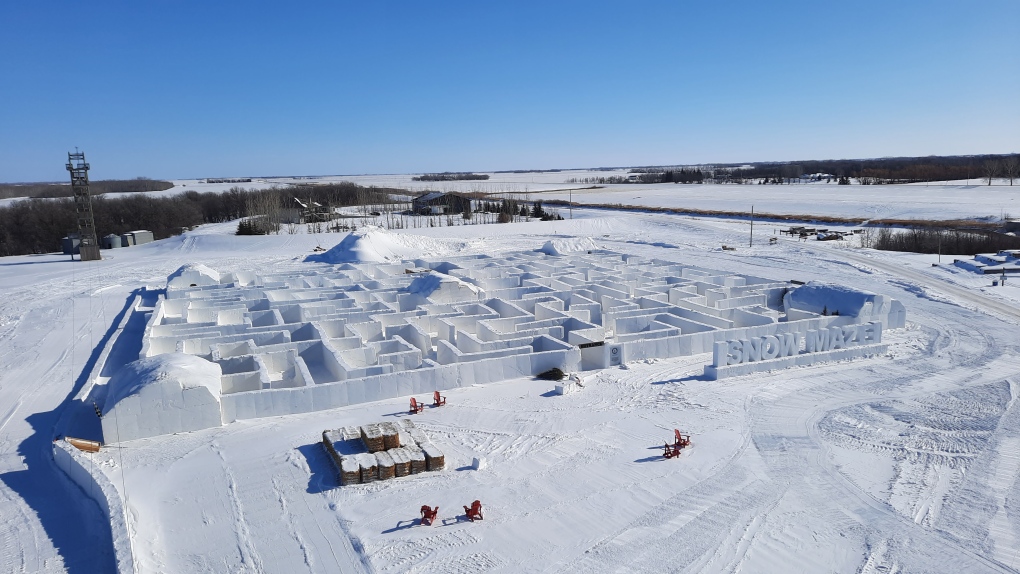 WINNIPEG -- After a period of uncertainty about whether it would be allowed to open, the World’s Largest Snow Maze is once again welcoming customers.

The snow maze, located at A Maze In Corn in Saint Adolphe, Man., opened for the first time this year as loosened public health orders took effect.

In addition to the giant maze, there are also snow carvings, slides and giant luge run.

The attraction was in limbo earlier in the winter, as it wasn’t allowed to open during the first loosening of public health orders.

While the maze is open, visitors can only have five people in their group, and masks and face coverings are mandatory.

Indoor warming areas are closed and picnic tables are unavailable.

The maze is also accepting bookings in two-hour periods to limit crowds.

The maze will be open until March, depending on the weather.