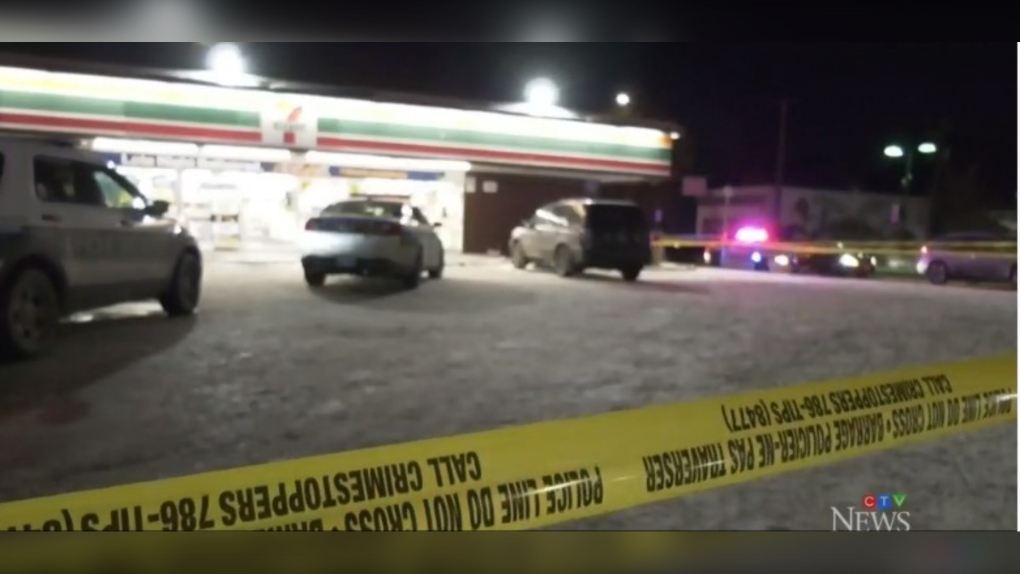 WINNIPEG -- Winnipeg Police have charged a 16 year-old male with robbery and possession of a weapon following an incident at a 7-Eleven store on Ellice Ave. on Nov. 21.

Police arrived at the store around 5:30 p.m. in response to several 911 calls about a robbery in progress.

Police said when they arrived, they encountered an armed suspect inside the store entrance.

They said the suspect left the store and advanced on an officer.

The suspect did not comply with the officer’s order to drop the weapon and continued to advance, and that’s when the officer shot him.

The 16-year-old male suspect was transported to hospital in critical condition. He has since been detained in custody.

Another officer had his hand hurt in the incident, with police saying at the time that it appeared he may have been hit by ricochet or shrapnel.

He was treated in hospital and released.

The Independent Investigation Unit (IIU) of Manitoba is investigating the officer-involved shooting.

With files from Megan Benedictson