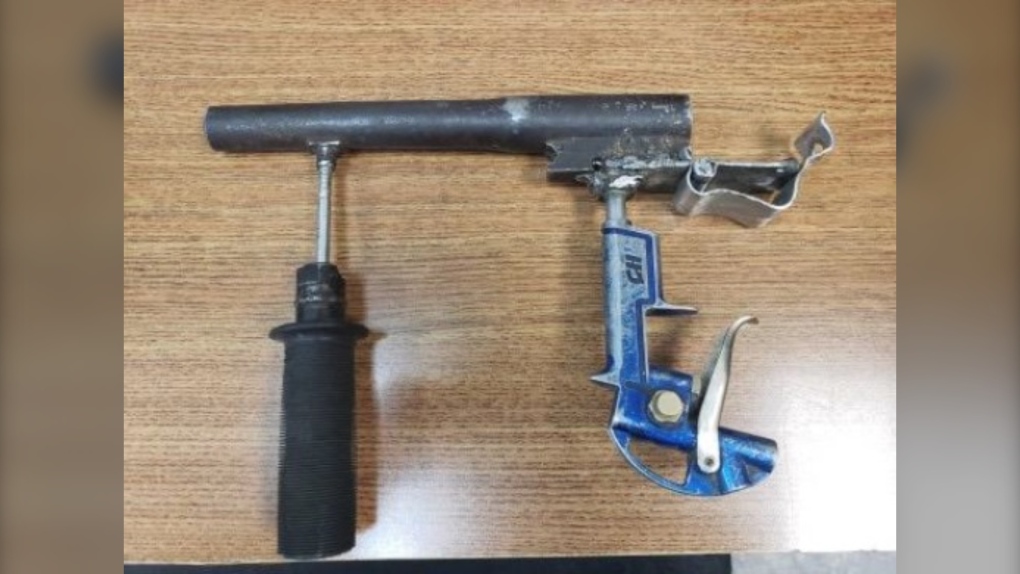 Supplied photo of the homemade gun, which are often called zip guns.

A 25-year-old has been charged after police were called to a report of a man with a gun in Sandy Bay First Nation.

It happened June 29 at around 8:40 p.m., said the Manitoba First Nations Police Service, who were told the male was on Centre Road in the community.

Police said officers found a suspect in the bush near Centre Road who was told to come out, but ran away after doing so.

After a short chase on foot, police said the suspect ran behind a home, where he was subdued by officers and brought into custody.

Police said they seized a homemade gun, which are often called zip guns.

Edmond Raymond Spence, 25, was charged with a number of offences, including possession of a weapon dangerous to the public.