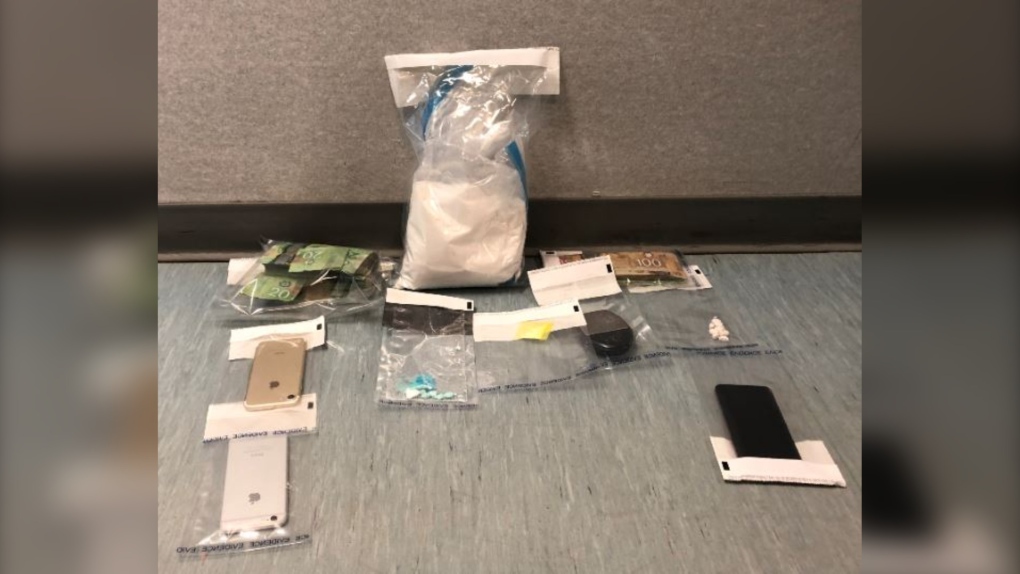 Police said a search of a vehicle on Thompson Drive and a search of a hotel room led to the seizure of cocaine, a large amount of Canadian currency, a kilogram of a white substance, and other drug-related paraphernalia. (Source: Manitoba RCMP)
Thompson -

Two Winnipeggers and one person from Thompson are facing drug-related charges after a traffic stop and a search of a hotel room in Thompson.

Officials said the traffic stop happened on Sept. 18 at 10:15 p.m. on Thompson Drive. RCMP, the emergency response team, and police dogs were all on scene.

Police said a search of the vehicle led to the seizure of a small amount of cocaine and a large amount of Canadian currency.

Officers said a hotel room used by the suspects was then searched, where officers found one kilogram of a white substance believed to be a drug-cutting agent, another small quantity of cocaine, a duffel bag containing more Canadian currency, and other drug-related paraphernalia.

Police said the three accused were released on an undertaking, and are scheduled to appear in Thompson Provincial Court on Nov. 26. None of the charges have been proven in court.