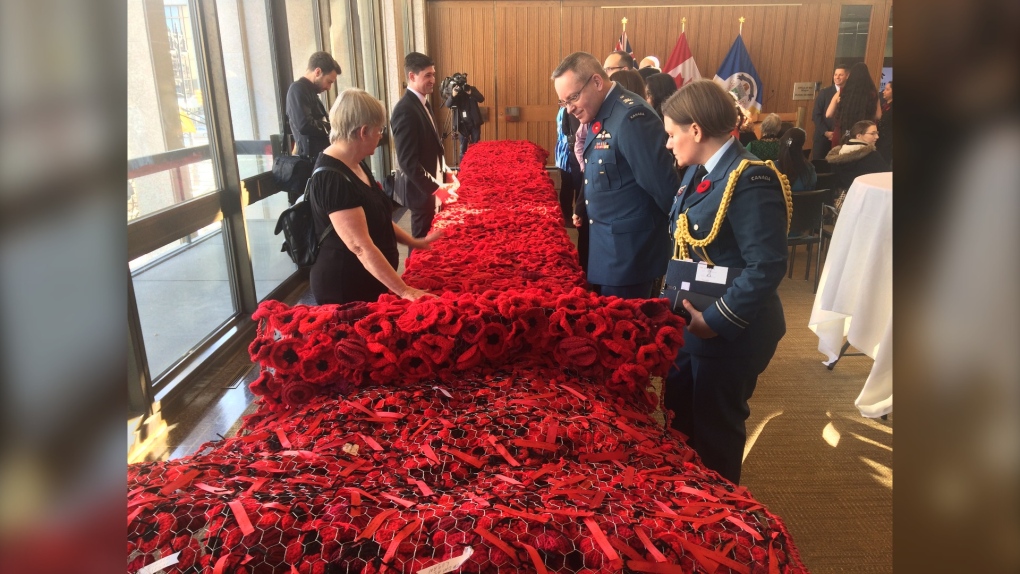 WINNIPEG – A massive display of remembrance has been unveiled at city hall – a blanket made from over 8,000 knitted and crocheted poppies is dedicated to those who made the ultimate sacrifice for freedom.

The 85-foot-long blanket was unveiled on Thursday. It includes over 2,000 ribbons dedicated ribbons.

“As you can all see from this incredibly beautiful – there was an immediate and overwhelming yes in response to that call to action,” said Mayor Brian Bowman. “It’s absolutely incredible, and its spectacular.”

The project creator Sheilah Lee Restall was inspired by a similar poppy blanket in England she saw online. She said she worked with hundreds of volunteers to bring the project to life.

READ MORE: What Manitoba crafters are building with poppies in honour of Remembrance Day

In a news release, Lee Restall said she worked with Coun. Devi Sharma on this project.

"The Poppy Blanket is both personally significant for each person who encounters it and is significant to our community as a whole," Sharma said in a news release. "It is such a purpose-filled endeavour and has engaged the community to continue in sharing, learning, remembering, and commemorating our fallen soldiers and veterans."

The poppy blanket will be on display on: 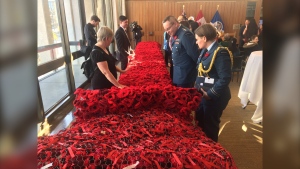