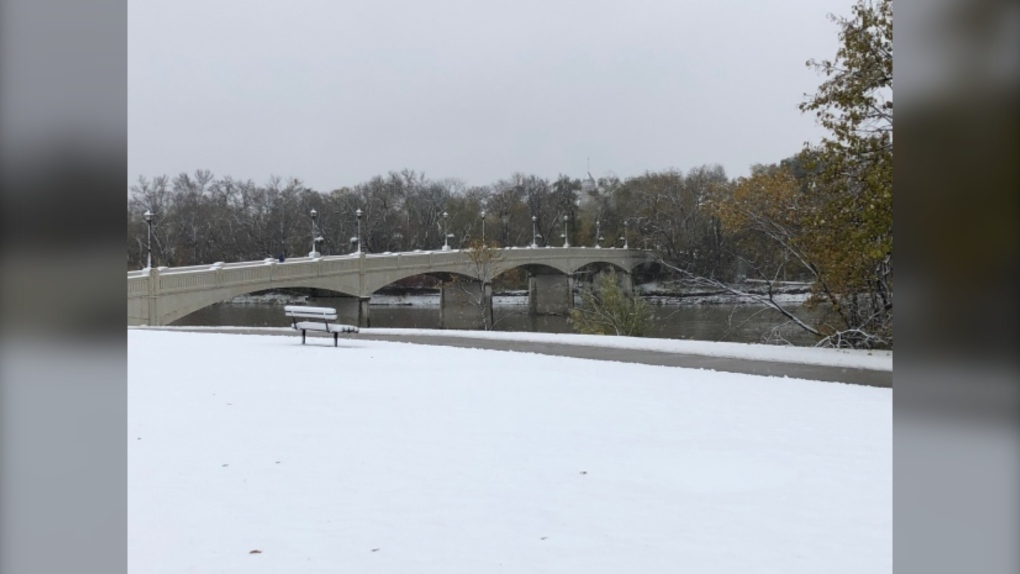 WINNIPEG -- As Winnipeg digs itself out of an early snowstorm, the city is advising people to avoid any non- essential travel.

If you do need to go anywhere, city officials say to be aware of your surroundings and watch for downed trees or powerlines. If you find your path is blocked, choose an alternate route. Slow down if you approach emergency crews and stay back from any heavy equipment out doing work.

As of Friday afternoon, traffic lights were out at 24 intersections in the city.

City crews have been busy plowing collector streets and bus routes, and applying salt to main routes for better traction.

Winnipeg Transit experienced delays Friday because of the weather. If you need to take the bus, the city recommends giving yourself extra time and to double check your bus schedule.

All programming at city-run rec centres and libraries was suspended Friday and facilities were closed at 2 p.m. Friday. The city said Saturday’s lessons are also cancelled because the facilities will stay closed all-day Saturday.

The Winnipeg Fire Paramedic Service is monitoring response times and is using additional resources as needed. Over the last 24 hours, fire crews responded to 342 calls related to hydro lines - among those were two building fires. During that same time period, there have been nearly double the call volumes, and firefighters have received more than 750 calls for service.

The city says garbage collection may also be delayed because of the weather. If road access to your bins is blocked, the city wants you to report it and your missed collection to 311. All other residents are asked to have their carts and yard waste out until 7 p.m. Friday. If they do not get collected, put them away and bring them back out by 7 a.m. Saturday.

The city 311 call centre is also experiencing high call volumes. Just after noon Friday, there were 86 calls waiting, and the average wait time was an hour and 44 minutes.

The city appreciates callers’ patience and says if your issue is non-urgent to email 311@winnipeg.ca or tweet @cityofwinnipeg instead.

Hundreds of calls to CAA

CAA Manitoba said it's had more trucks out than usual and fielded nearly 800 calls on Friday.

It said it's rescued 450 people from their vehicles and expects the number to continue to climb.