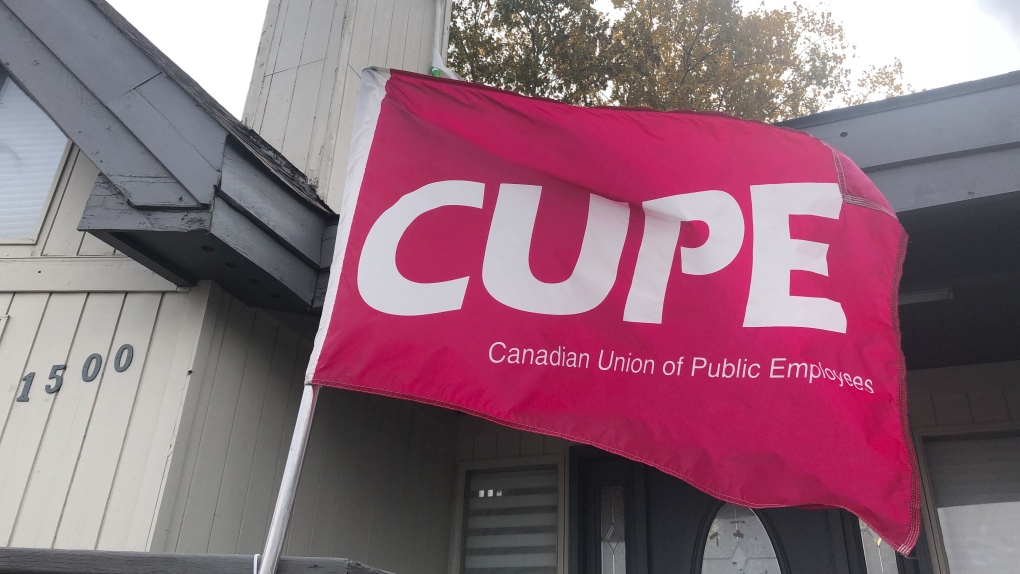 A CUPE Local 500 flag outside of strike headquarters in Winnipeg on Oct. 6, 2022. (Source: Ken Gabel/CTV News)

It appears a potential strike of city employees has been avoided, according to the City of Winnipeg.

In a news release Tuesday night, the city said a tentative deal had been reached with CUPE Local 500, which represents around 5,000 City of Winnipeg employees.

CUPE confirmed the news Tuesday evening, saying the tentative agreement will be reviewed by the bargaining committee and then presented to members in ratification meetings in the coming weeks.

The union added the deal was reached after an emergency meeting of the city’s Executive Policy Committee was held late Tuesday afternoon.

With the agreement, the union said there will be no strike at midnight and all members are scheduled to attend their regular shift.

“I extend my deepest thanks to our negotiating team and strike committee for their hard work during a tough round of bargaining, and to all our membership for their steadfast resolve and support,” Gord Delbridge, president of CUPE Local 500, said in a news release.

“It is unfortunate that we had to push until mere hours before our strike was set to begin,” said Delbridge. “Leaving this much uncertainty for workers and the public was unfair, but we are satisfied that the tentative agreement is one we can bring to our members for their vote.”