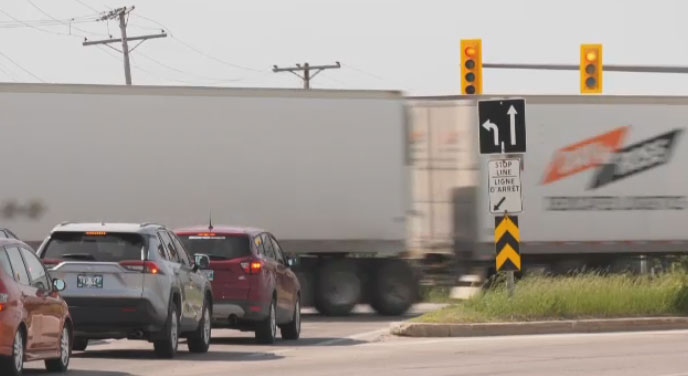 The Manitoba government has awarded one company a contract to build the new intersection at the Perimeter Highway (PTH 100) and St. Mary’s Road.

“Our government has committed to investing in strategic infrastructure plans for 2022-23 to support economic opportunities for the province, including building towards the Winnipeg One Million Perimeter Freeway Initiative and Manitoba’s Trade and Commerce grid,” the minister said in a news release.

“Manitoba’s ten-year vision to establish the province as a national trade hub will enable a strong economic recovery within and across our borders.”

The company will begin preparing the site in the upcoming months, with construction set to begin this spring.

Manitoba is investing $135 million into the interchange, which is scheduled to be completed by the summer of 2024.

Helwer noted projects like this intersection will help to ensure the safe and efficient movement of goods and services, and create employment and economic opportunities.