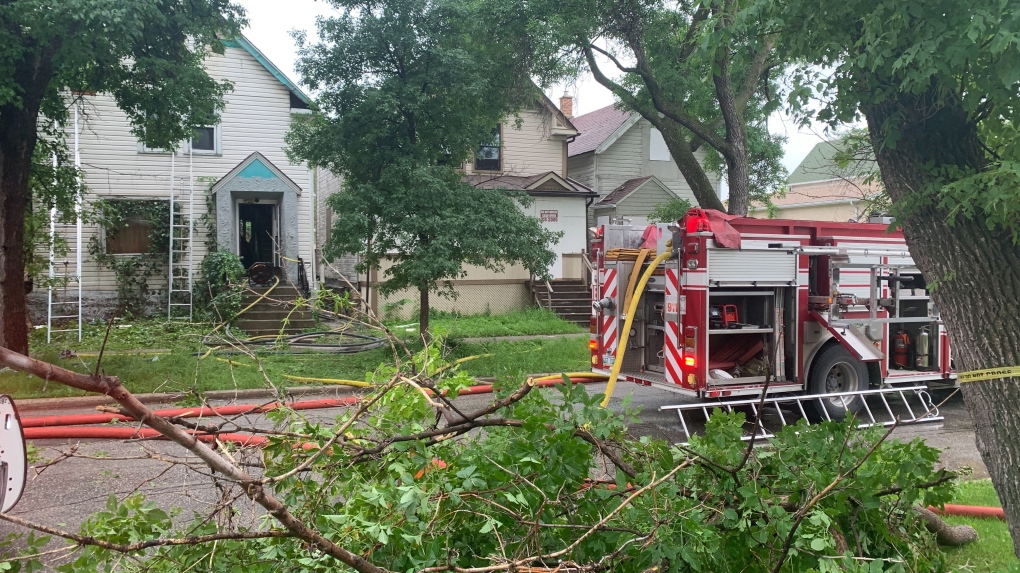 Fire crews now have a blaze under control after it broke out Monday afternoon.

The city said the Winnipeg Fire Paramedic Service (WFPS) was called to a fire in a vacant one-and-a-half storey home in the 400 block of Stella Avenue just after 3 p.m.

The fire was "well involved" and the WFPS launched a defensive attack because of the unsafe conditions, the city said.

As conditions improved, crews were able to get a handle on the fire and it was declared under control at 5:11 p.m.

The city said no injuries were reported.

Crews are remaining on scene to deal with hot spots. The city added traffic on Stella Avenue and the southbound lane of Salter Street are being impacted. People are told to avoid the area.