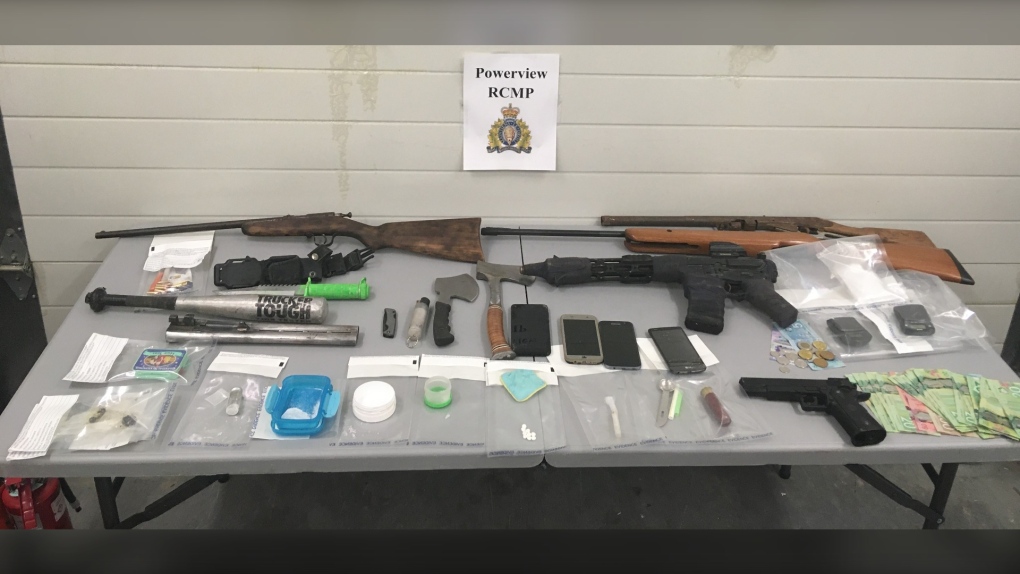 Supplied image of the items seized by RCMP officers.

WINNIPEG -- Two people have been charged with more than 12 drug and weapon-related offences after RCMP officers seized guns, meth, and ammunition in Hillside Beach.

The arrests took place after officers conducted a search warrant at a home and in a vehicle.

Officers have charged Felicia Joseph, 37, and Matthew Dueck, 36, with more than 12 drug and weapon-related offences. None of the charges have been proven in court.

Police confirmed that Felicia is the sister of presumed homicide victim Clifford Joseph. The charges against her are unrelated to the homicide investigation.

Both suspects are in custody and RCMP officers continue to investigate.

CTV News Winnipeg previously reported that officers with the OPP have charged Eric Wildman, the man wanted in connection with Clifford’s disappearance, with attempted murder after shots were allegedly fired when police tried to arrest him.

None of the charges against him have been proven in court.

Wildman has not been charged in connection to Clifford’s homicide case.