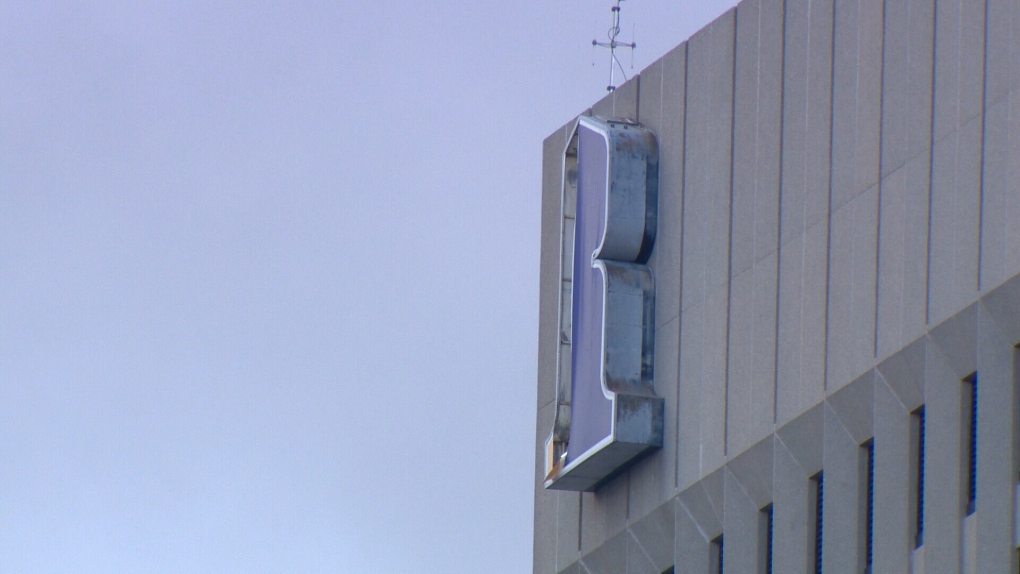 The canvas sign of the Richardson Building was damaged amid winds which gusted up to 82 kilometres per hour on May 13, 2022. (Source: CTV News Winnipeg)

Extreme winds that blew through Manitoba Friday caused outages across the province and damaged the Richardson Building sign in Winnipeg.

According to Environment and Climate Change Canada, winds gusted up to 82 kilometres per hour in Winnipeg on Friday.

Tricia Cook, the senior property manager for the Richardson Centre, told CTV News a portion of the canvas fabric sign on the building was damaged.

"Our property management team has confirmed there are no safety concerns and will address the repairs as soon as weather conditions allow us to do so," Cook said in an email to CTV News.

The wind also led to challenges for firefighters in Winnipeg. When crews were called to a fire at a vacant house on Stella Avenue shortly after 12 a.m. on Saturday, the Winnipeg Fire Paramedic Service said winds gusted over 60 km/h making it difficult for crews to battle the blaze. 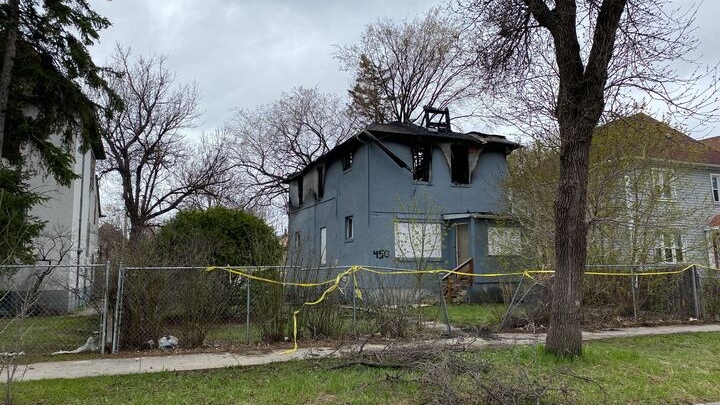 Crews were called to a fire at a vacant house on Stella Avenue shortly after 12 a.m. on Saturday, May 14, 2022. (Source: Zachary Kitchen/ CTV News Winnipeg)

Instead, crews had to fight the fire using heavy water streams and an aerial ladder. The house suffered major structural damage with its roof, chimney and second floor collapsing in the flames. Once person was evacuated from a neighbouring house. The fire was declared under control shortly after 1 a.m. on Saturday.

Crews were out Friday evening to restore power for those left in the dark.

As always, we're working as quickly and safely as possible to restore everyone and we appreciate your patience.

Also, be careful if you're out walking and you decide to open your jacket. You may turn into a kite. (2/2)

According to the Manitoba Hydro outages map, there were 240 outages affecting more than 1,500 customers as of Saturday morning.

Environment and Climate Change Canada forecasts winds in Winnipeg will be around 40 km/h gusting up to 60 km/h, though the winds are expected to die down a bit in the afternoon.