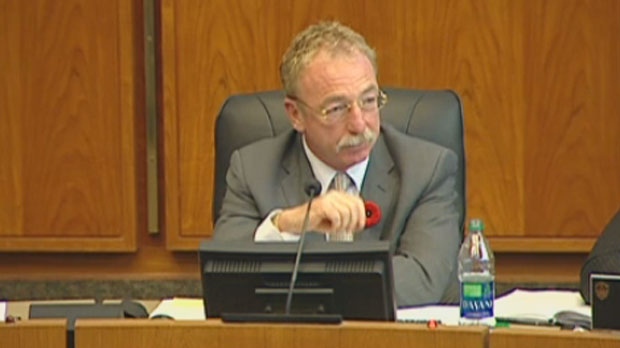 A judge has ruled that a former Winnipeg CAO Phil Sheegl accepted a $327,000 bribe from the contractor involved with the construction of the city’s police headquarters.

Joyal wrote that he was persuaded, “on a balance of probabilities that the elements of bribery have been satisfied.”

CTV News Winnipeg previously reported that the City of Winnipeg was suing Sheegl and two dozen other defendants over the construction of the downtown police headquarters that went tens of millions of dollars over budget.

In 2020, a judge agreed that Sheegl’s case could be heard separately from other defendants.

Winnipeg argued that Sheegl attempted to influence events to help the contractor, Caspian Construction, get the police station contract, with court documents showing he received a commission from Caspian’s owner, which he did not disclose to the city.

Joyal said he rejects Sheegl’s primary defence that the $327,000 was related to a bona fide real estate transaction.

“I reject that explanation as incredible and moreover, I note that even if it were true, it provides them little if any relief in law,” he wrote in his decision.

The judge said the payments Sheegl received had the potential to affect his conduct in respect to Caspian, and that there was a “substantial risk” his fiduciary duties as CAO could conflict with his personal interests.

He said Sheegl had a duty to disclose the deal in all its material circumstances.

“Put simply and starkly, this was a breach of trust and a breach of loyalty,” Joyal wrote.

Joyal requested further counsel submissions on how the issue of the $327,000 could be best addressed as part of his award on the summary judgment.

Toronto Maple Leafs winger Mitch Marner was the victim of an armed carjacking outside a movie theatre in Toronto on Monday night, multiple sources confirm to CP24.