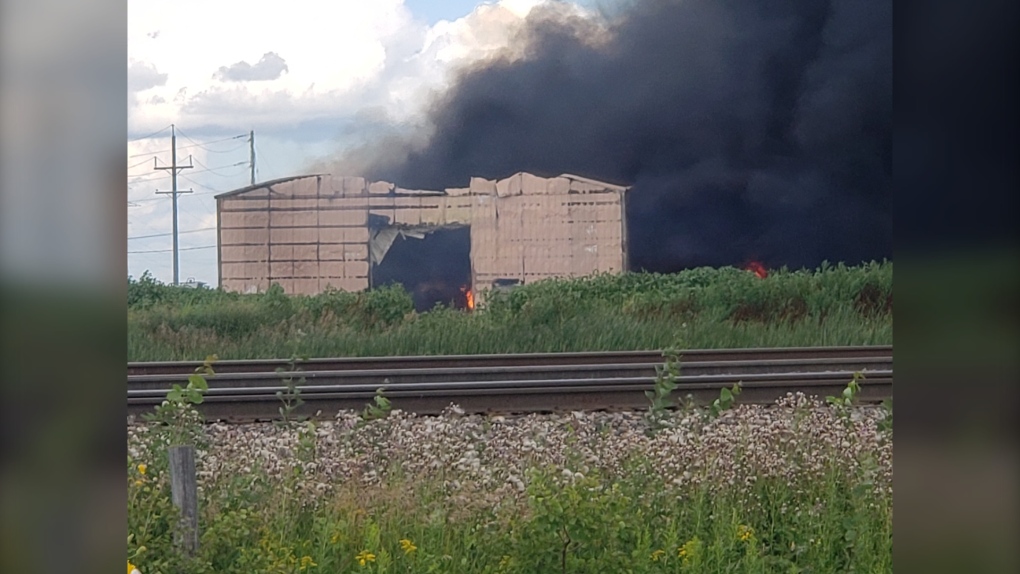 A fire burns on Symington Road on the outskirts of Winnipeg on August 3, 2022. (Submitted photo Liam Harder)

Firefighters from the RM of Springfield responded to a fire on the outskirts of Winnipeg Wednesday afternoon.

Acting Fire Chief Brian Seaton said in an email to CTV News that crews were called to a structure fire located at 57096 Symington Road at 3:46 p.m.

Seaton said when firefighters arrived, there was a fully involved fire in an industrial building.

Images from the scene show black smoke rising in the air from the structure.

Seaton said all three stations from Springfield – Transcona, Oakbank and Anola – attended the fire, and as of Wednesday evening, crews are still on scene.

He said further investigation is needed to determine the cause of the fire.