'It's about as serious as you can get': Climatologist says dry conditions may lead to possible prairie drought

WINNIPEG -- A climatologist says dry conditions across Canada's prairie provinces may lead to a drought – a situation he says could be devastating for prairie growers.

In his soil moisture report delivered early last week, Manitoba Infrastructure Minister Ron Schuler said precipitation levels in southern parts of Manitoba and Saskatchewan are down 20 per cent what they have normally been for the past 40 years.

The minister said the province's risk of any major spring flooding is low. He said because the Red River has already peaked, the Red River Floodway will not be used this year.

While spring flooding is not a concern, Schuler said another problem could potentially be on the horizon – a drought. 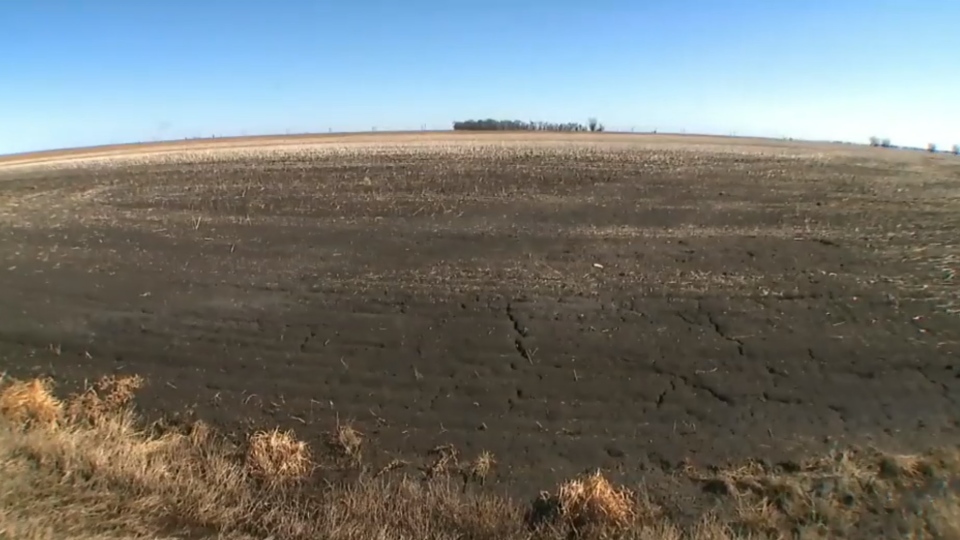 "We are not declaring a drought at this point in time, but we are certainly preparing ourselves for what might be necessary," Schuler said on Tuesday.

"A good rainfall, maybe even a late snowstorm will mitigate a lot of that."

But those conditions are not in the forecast for the prairies.

"We are seeing serious grave situations across the prairies. I've never seen Manitoba so dry as I've seen it this particular spring," said David Phillips, a senior climatologist for Environment and Climate Change Canada.

Phillips said this has been one of the warmest winters on record – putting the prairies in a challenging position.

"It's about as serious as you can get. And there doesn't seem to be any kind of relief in the way," Phillips said.

"It's almost as though the weather has strangled agriculture on the prairies even at this time, because farmers and ranchers are worried and pessimistic about growing and raising livestock in drought kind of conditions."

Agriculture is not the only thing that could feel the fallout from the dry conditions.

The Province of Manitoba has warned wildfire danger levels are high and has imposed restrictions across parts of southern and eastern Manitoba.

It is a move which comes days after a large grass fire, believed to have been started by an ATV, burned across fields near Carberry and forced evacuations of several homes.

"That can only get worse as the time goes on," Phillips said, calling the situation bleak.

Still, Manitoba's Infrastructure Minister said the entire situation could change with one snow or rain storm, even if it is hundreds of kilometres away.

There could be a substantive rain event in and around Calgary and we would feel the impacts of it here," he said, adding water drains into Manitoba from Saskatchewan, Alberta, North Dakota, Minnesota, Montana, Ontario, and a small part of South Dakota.