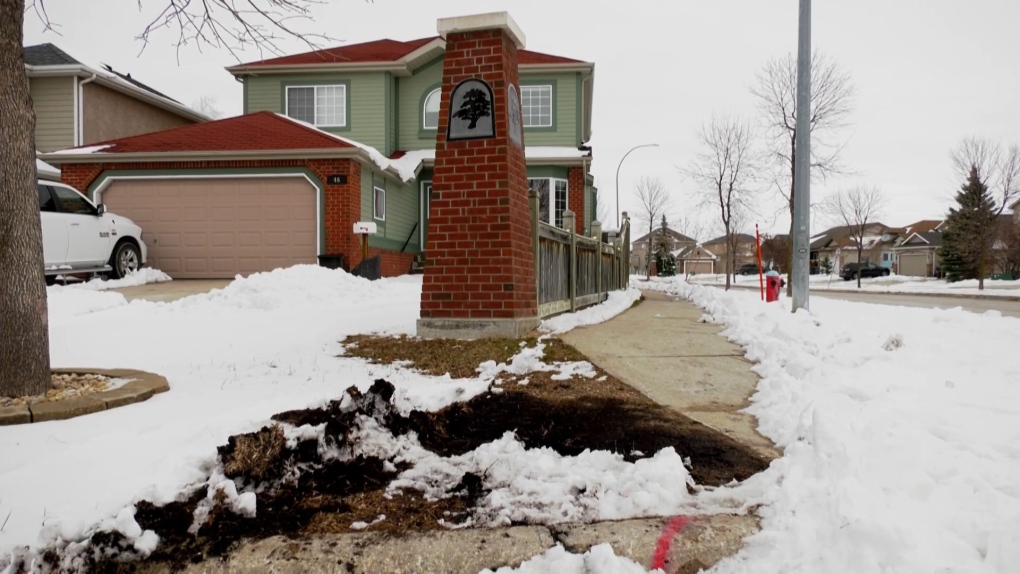 The City of Winnipeg said it has received 71 service requests about turf damage to 311 after a late snowstorm in mid-April 2021. (Source: CTV News Winnipeg)

WINNIPEG -- Dozens of lawns have been damaged by snow plows working to clear streets and sidewalks in Winnipeg after a late snow storm blanketed the city.

A spokesperson for the City of Winnipeg said crews were working to clear snow from 3,000 kilometres of sidewalks and paths across the city. Preliminary totals from Environment Canada show Winnipeg was hit with between 15 and 29 centimetres in the storm.

READ MORE: The snowfall totals for the spring snowstorm in Manitoba

But the snowplowing effort has led to a problem – because it is late in the season, the city said the surface level of turf is no longer frozen and in some cases has been damaged by the snow plows. 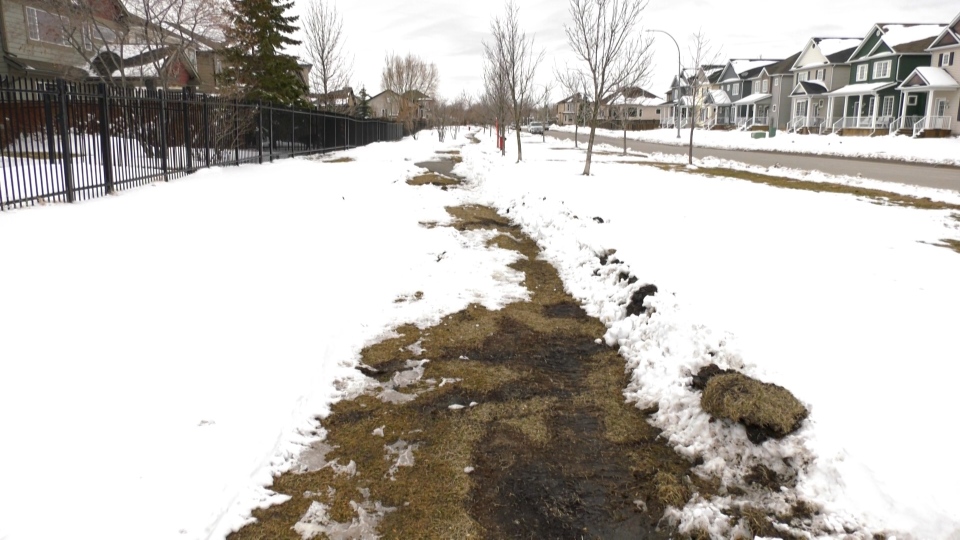 The city said it has received 71 service requests about turf damage to 311 this week.

"The recent snowfall presents challenges for our plowing crews as the heavy weight of the wet snow sometimes pushes the sidewalk plow sideways while plowing," a spokesperson for the city told CTV News in an email.

The city said this can make it difficult for sidewalk plows to stay on the sidewalk, which can damage turf on public property or on the boulevard.

The city said people can report turf damage on private property to 311.