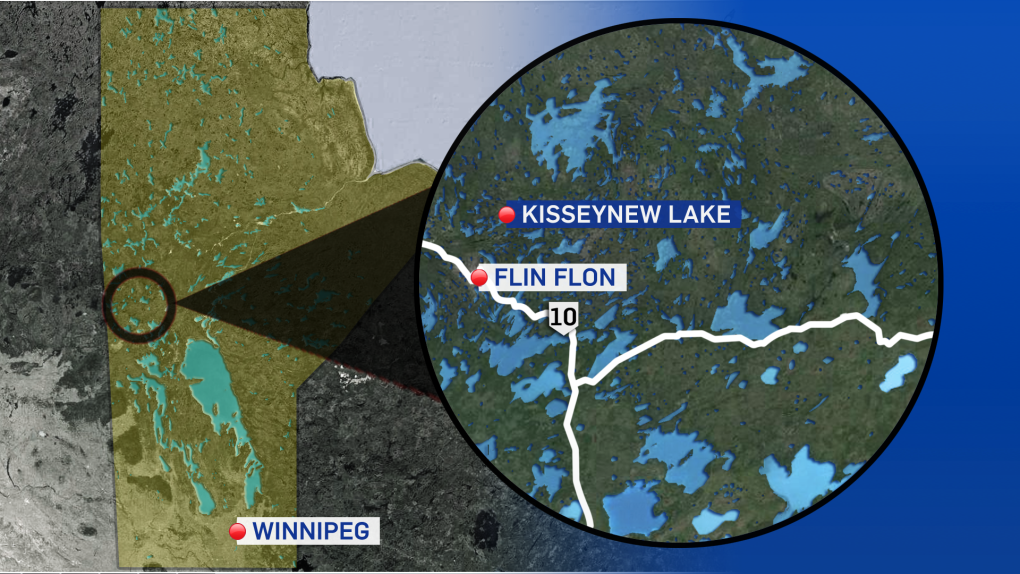 WINNIPEG -- Manitoba RCMP has recovered the body of a swimmer who went missing after jumping off a bridge while at the lake.

On Sunday afternoon, RCMP said a 42-year-old man was at Kisseynew Lake, which is located about 26 kilometres northeast of Flin Flon, with a family member.

RCMP said the man, who was originally from Sherridon, jumped off the Kisseynew bridge, but did not resurface.

"The family member searched the water but did not locate the male," the RCMP said in a news release. "Due to the remoteness of the area and no cell coverage, RCMP were not called until later that day."

Around 6:45 p.m. on Sunday, RCMP officers responded to the report of a missing swimmer, but were not able to find him.

On Monday around 2:30 p.m., RCMP said the body of man was recovered in the water near the bridge.

RCMP said the investigation is ongoing.