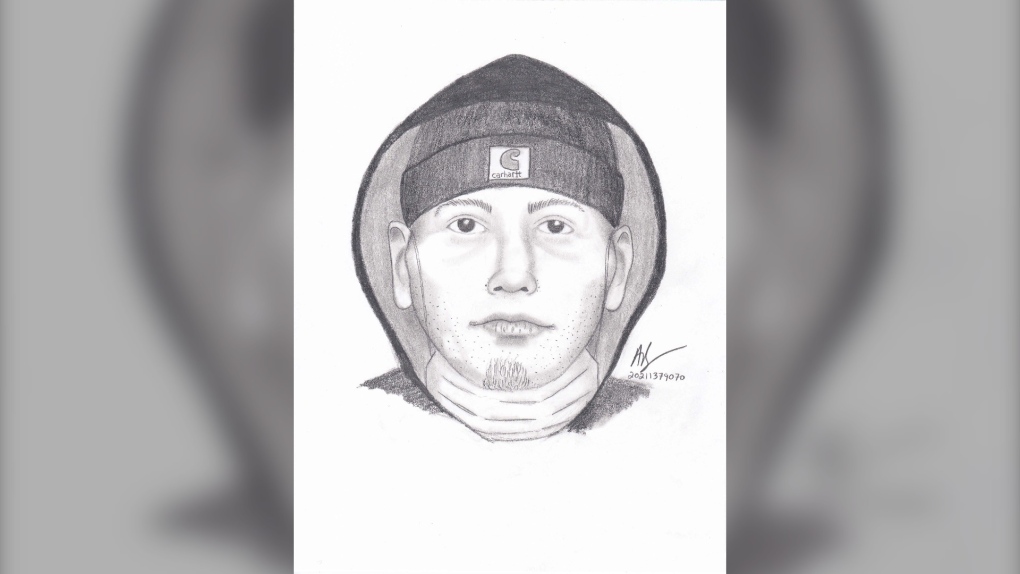 Manitoba RCMP have released a sketch of a suspect they believe is involved in the sexual assault of a teenage girl.

According to RCMP a 16-year-old in Thompson, Man, was walking home when she was grabbed by an unknown male and assaulted around 9:30 p.m. on Sept. 13.

Officers say the girl was walking on a trail leading to Lynx Crescent near the Deerwood Park area when the assault happened, prompting a warning from police to not walk alone on trails if possible and to be aware of their surroundings. They noted if someone is confronted they should be loud and yell for help.

The girl was taken to a hospital in Winnipeg for her injuries.

Anyone with information on the assault is asked to call the Thompson RCMP at 204-677-6909 or contact Crime Stoppers online at www.manitobacrimestoppers.com or by phone at 1-800-222-8477.

-With files from CTV’s Kayla Rosen.

Colin Powell, the first Black U.S. secretary of state whose leadership in several Republican administrations helped shape American foreign policy in the last years of the 20th century and the early years of the 21st, has died from complications from COVID-19, his family said on Facebook.

A growing number of Canadian hospitals are enacting policies requiring visitors and care partners to show proof of vaccination in order to gain entry, sparking yet another pandemic-era debate for ethicists.